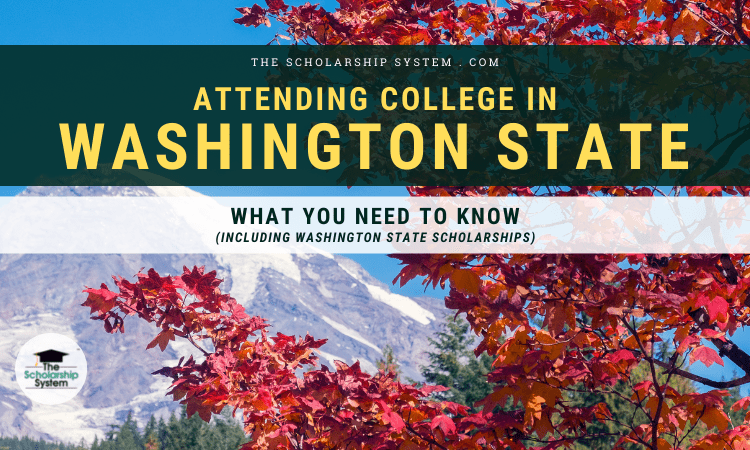 Many students dream of attending college in Washington State. If your student is among them, doing some research before making the leap is essential. Along with choosing an outstanding school, they’ll need to examine the cost part of the equation.

Luckily, it’s easier to manage with the right strategy. If your student wants to attend college in Washington State, here’s what they should know.

Washington State is captivating and culture-rich. Known for its amazing parks and greenery, it’s an outdoor enthusiast’s paradise. Plus, it has an incredibly intriguing history and strong arts community, ensuring there’s something everyone can appreciate about it.

On the weather side, Washington State has a reputation for rain. On the western side of the state, many areas technically qualify as rainforests, though the eastern side can be far drier than many people expect.

As for temperatures, there’s a big spread. Washington State is large, and its unique topography creates some diverse zones. Highs may average near 78°F during the summer on the western side, but they often reach into the 105°F to 115°F range on the eastern side during the peak of summer. During the winter, lows are usually near 23°F. However, it can get to -10°F or -20°F in some portions of the state on occasion. 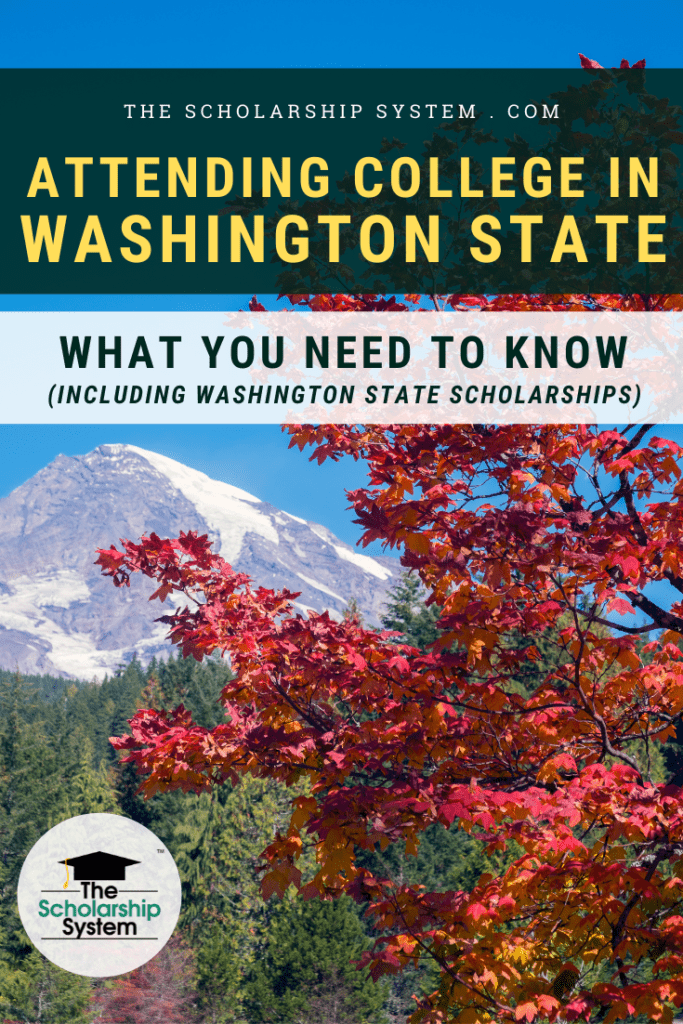 Colleges and Universities in Washington State

With that many colleges and universities in WA, exploring them all isn’t practical for most students. Fortunately, with a great strategy, it’s possible to streamline the process. 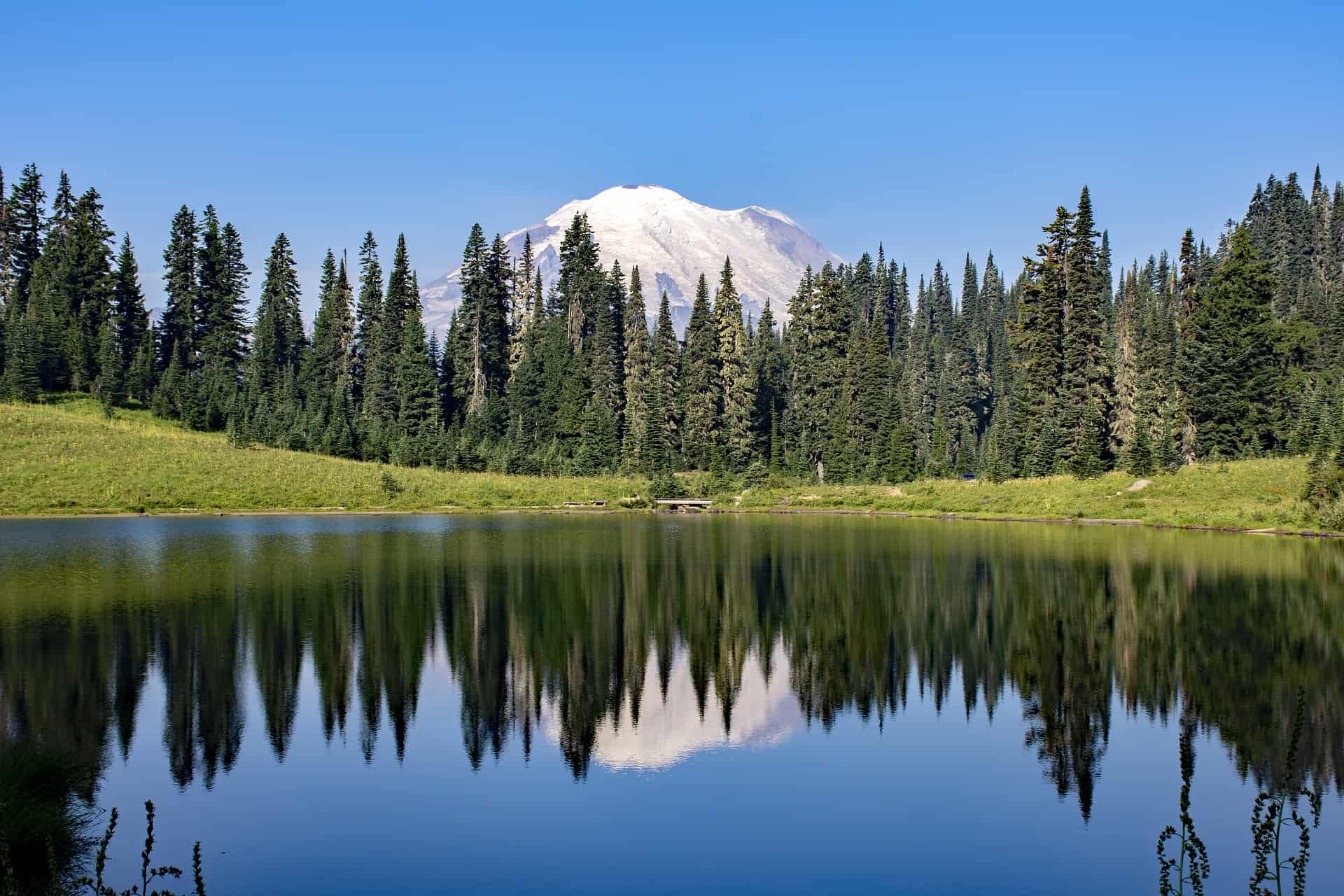 Instead of focusing on the best colleges in Washington State first, your student may want to explore college towns in Washington State. That helps them find cities with youthful vibes and amenities geared toward young adults, which may lead to a better overall experience.

Here are some of the Washington State college towns:

Students may be wondering why Seattle isn’t on the list. Mainly, this is because it’s a massive city. While it has plenty of amenities, it doesn’t cater to college students to the same degree. Additionally, it’s far more expensive than most cities in the area, which can make living there challenging if you don’t have ample income. Still, it can be a great fit for students, so your student shouldn’t overlook it if Seattle is the home of their dream school.

Another approach that can work is exploring the major Washington State colleges and universities as a starting point. In most cases, these schools have solid reputations, a broad selection of programs, and fantastic amenities.

Here is a list of major Washington State colleges and universities: 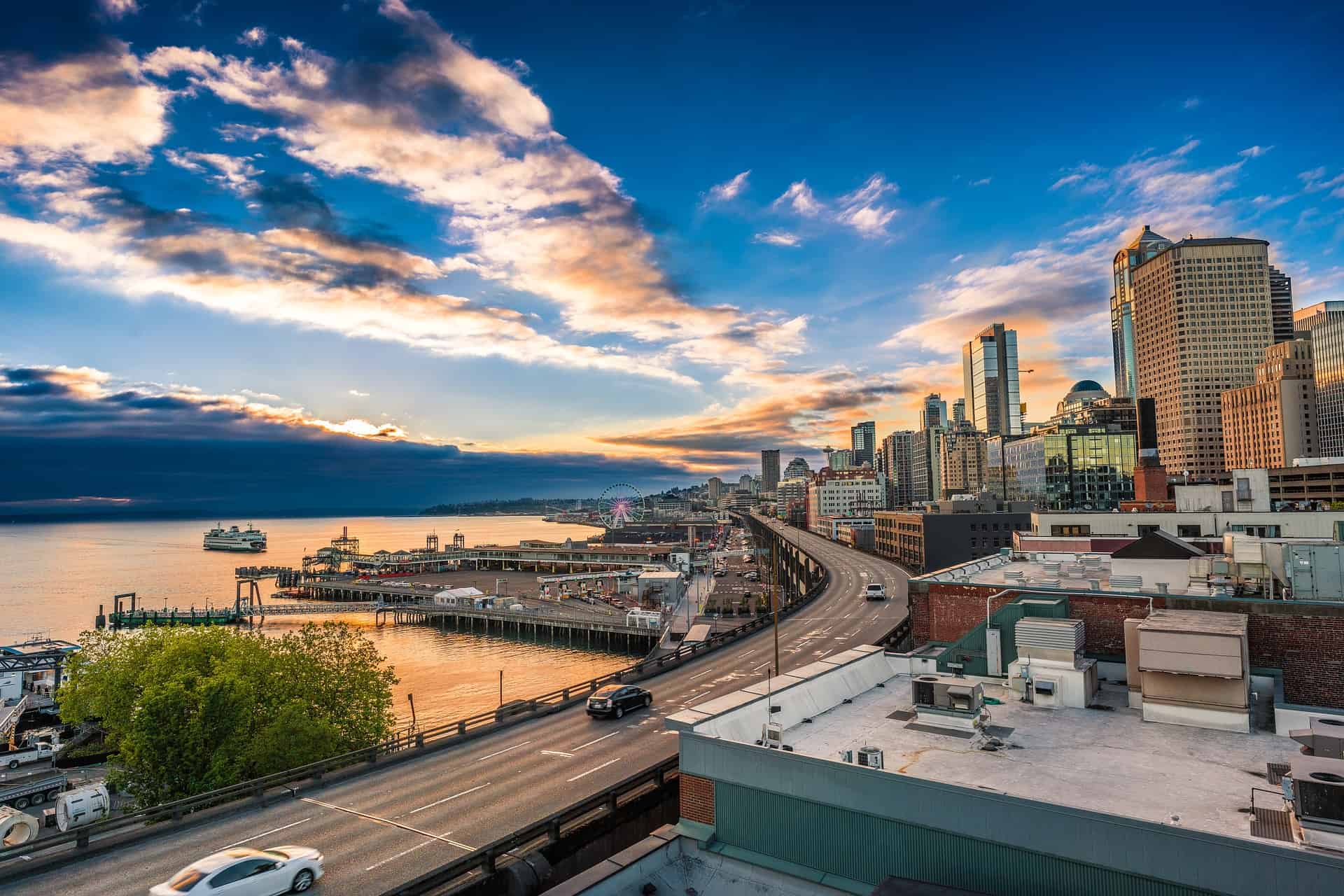 Washington State scholarships and grants don’t involve debt. Instead, as long as students meet the conditions of the awards, they never have to pay back the funds.

In many cases, Washington State college scholarships and grants have residency as a requirement. Generally, that means a student must reside in the state for non-educational purposes for a minimum of one year and have an established domicile to become eligible.

Now, those rules typically only apply to Washington State scholarships and grants. Out-of-state students are usually still eligible for many institutional awards. As a result, those looking at attending college in Washington State who don’t meet the residency requirements may want to focus on those options and national awards that can be used at nearly any school. 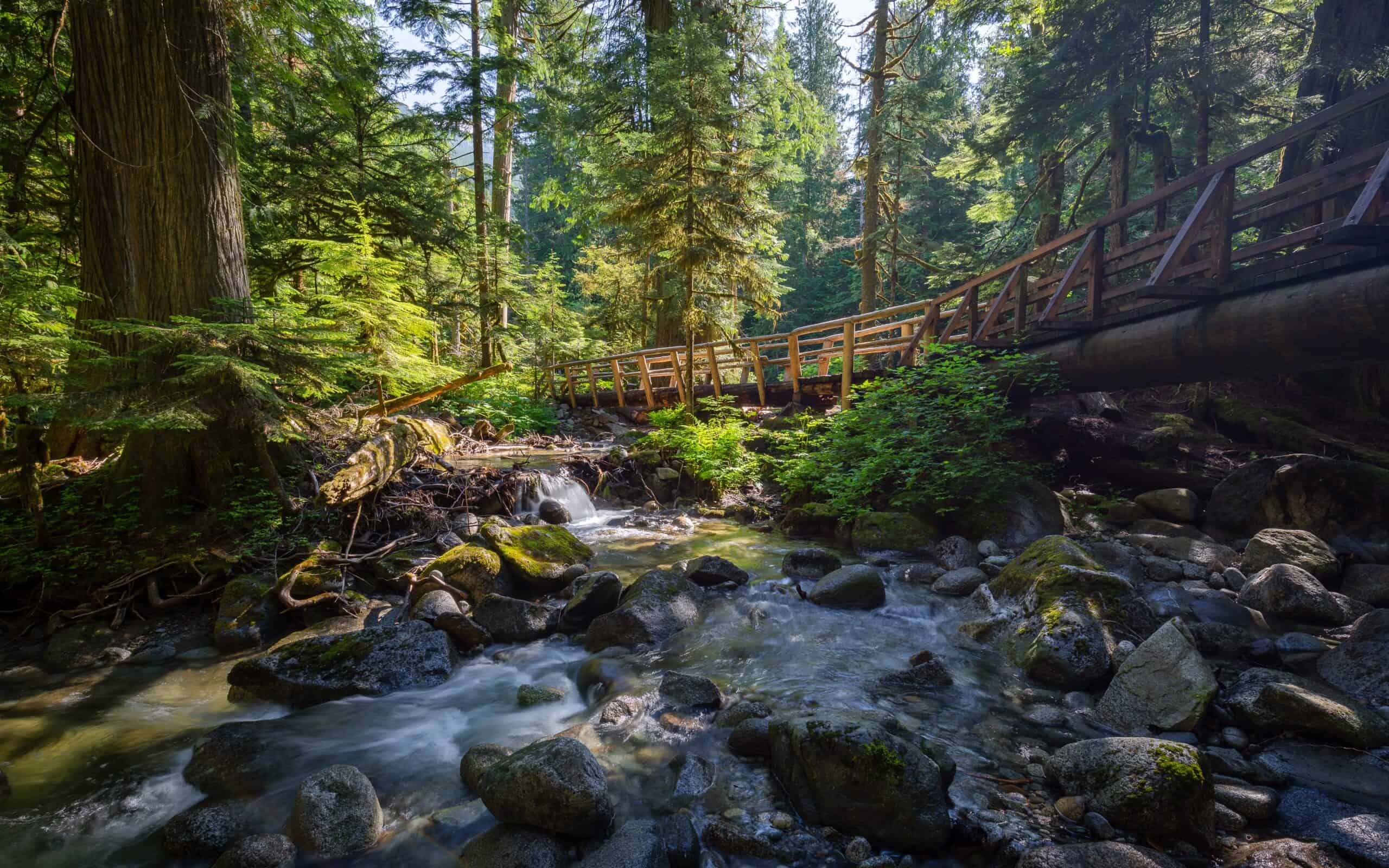 Functionally, grants in Washington State operate similarly to Pell Grants; they’re just overseen at the state level instead of the federal level. That makes them excellent options for reducing the cost of college.

Here are some Washington State college grants your student might want to check out:

Scholarships in Washington State are relatively plentiful, giving students some solid options for reducing their college costs. While residency is usually essential, there are often more requirements students need to meet, too.

As with grants, the must-haves for Washington college scholarships can vary by issuing organization or award. Still, students should review as many options as possible, ensuring they apply for as many scholarships as they can to reduce their chances of needing student loans.

Here are some college scholarships in Washington State that are worth exploring: 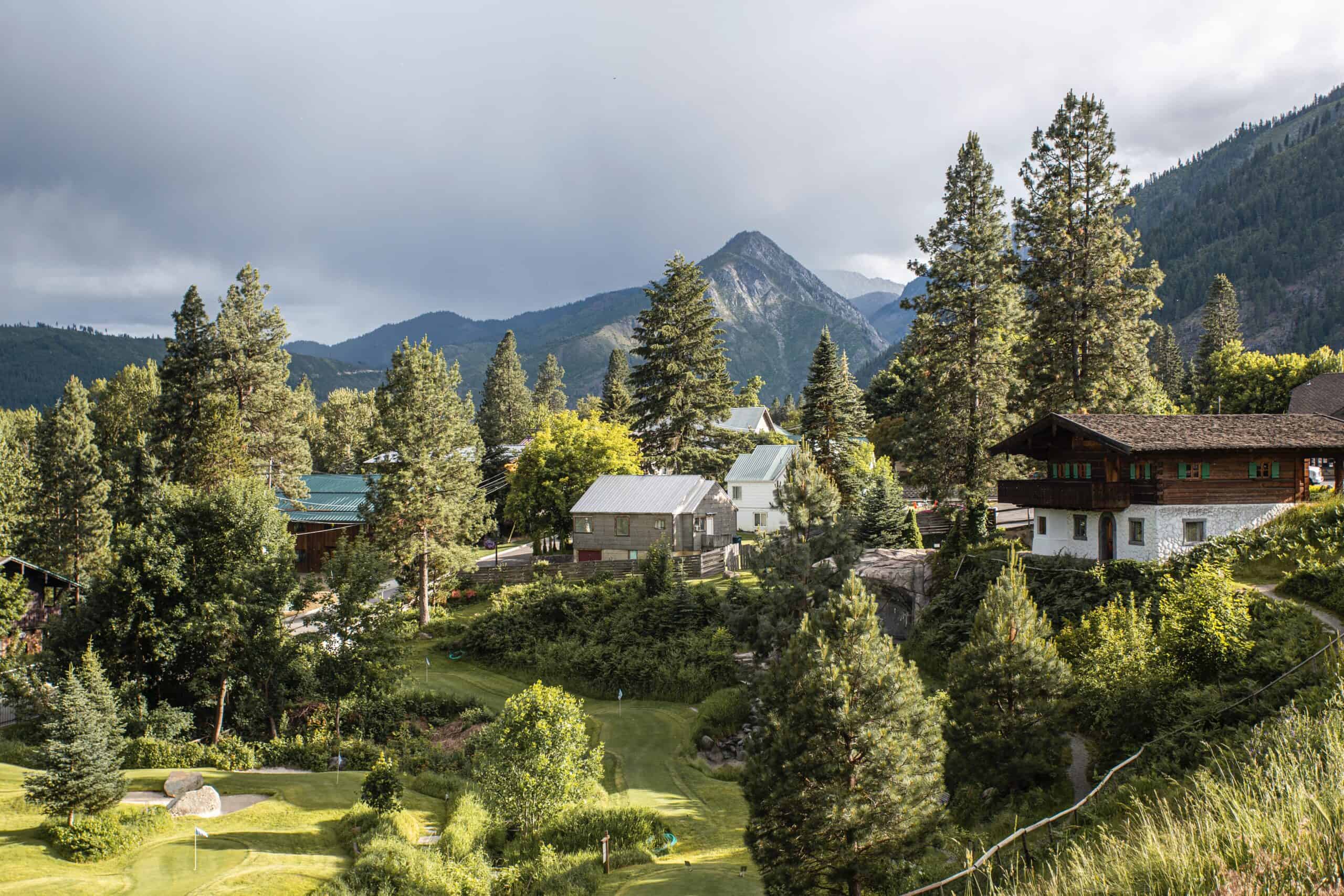 Living and Getting Around in Washington State

While students attending college in Washington State may spend most of their time on campus, the odds that they won’t need to venture out are slim. They might want to head out for some fun or may decide that living off-campus is a better fit.

In any case, knowing what living and getting around in Washington State is like is essential. Here’s an overview.

Choosing between a dorm and an apartment isn’t always easy. However, by looking at the housing market in Washington State, it’s often easier for students to decide.

For rentals, the fair market value of a one-bedroom is $1,247 per month, while a two-bedroom comes in at $1,524 per month. That may make a two-bedroom seem affordable if the cost is split with a roommate. However, others might decide that dorming is a wiser choice with prices like that.

For those attending college in Seattle, Washington, a dorm may be an even better option. In Seattle specifically, the fair market value for a one-bedroom is $1,599 per month, while a two-bedroom is $1,906. Even a studio apartment can run $1,523 per month. As a result, those attending some of the best Seattle universities may not be able to afford their own apartment, even with a roommate. 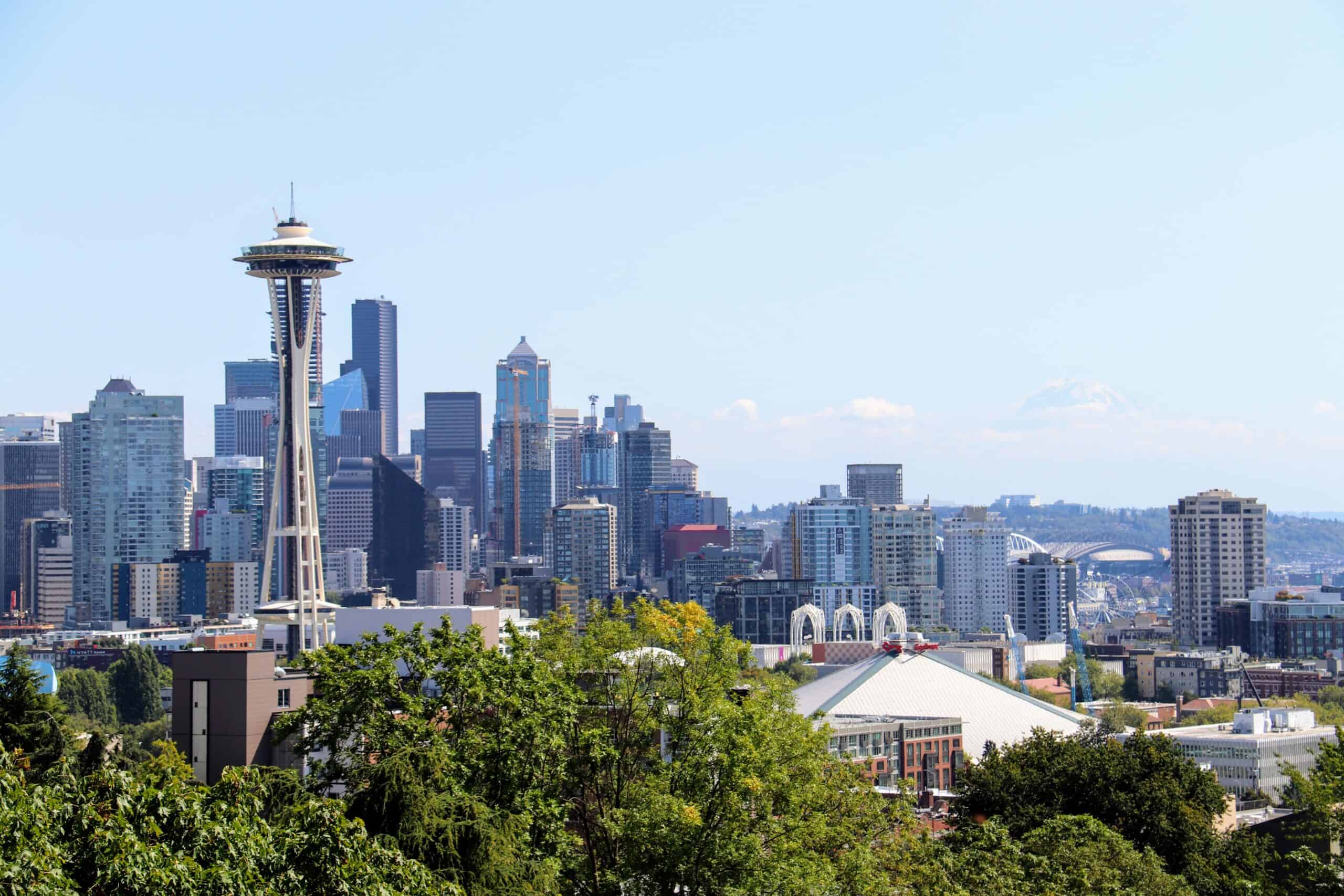 Getting around Washington State isn’t overly tricky. Along with airports for flights, Washington State has train service that can help students get between cities, if not further. There are also typical local options like taxis and rideshares. Plus, most cities have some degree of public transportation.

For air travel, Washington State has two main airports, one on each side of the state. Generally, they can handle any student’s travel needs. However, there are also some regional airports.

Here are the airports in Washington State:

Things to Do in Washington State

The San Juan Islands are another exciting destination, offering up whale-watching experiences and other water-based fun. Another option for fans of the deep is the Seattle Aquarium, giving you an indoor option for enjoying sea life.

If you’re looking for an unconventional destination, Leavenworth is a fantastic option. It’s modeled after a Bavarian town and is an incredibly popular location, especially during Octoberfest and near the winter holidays.

For students that prefer spending time in cities, the Seattle Center and Space Needle are must-see attractions. Pike Place Market is a fun, quirky shopping experience, while the Olympic Sculpture Park lets visitors combine an outdoor stroll with an artistic experience. 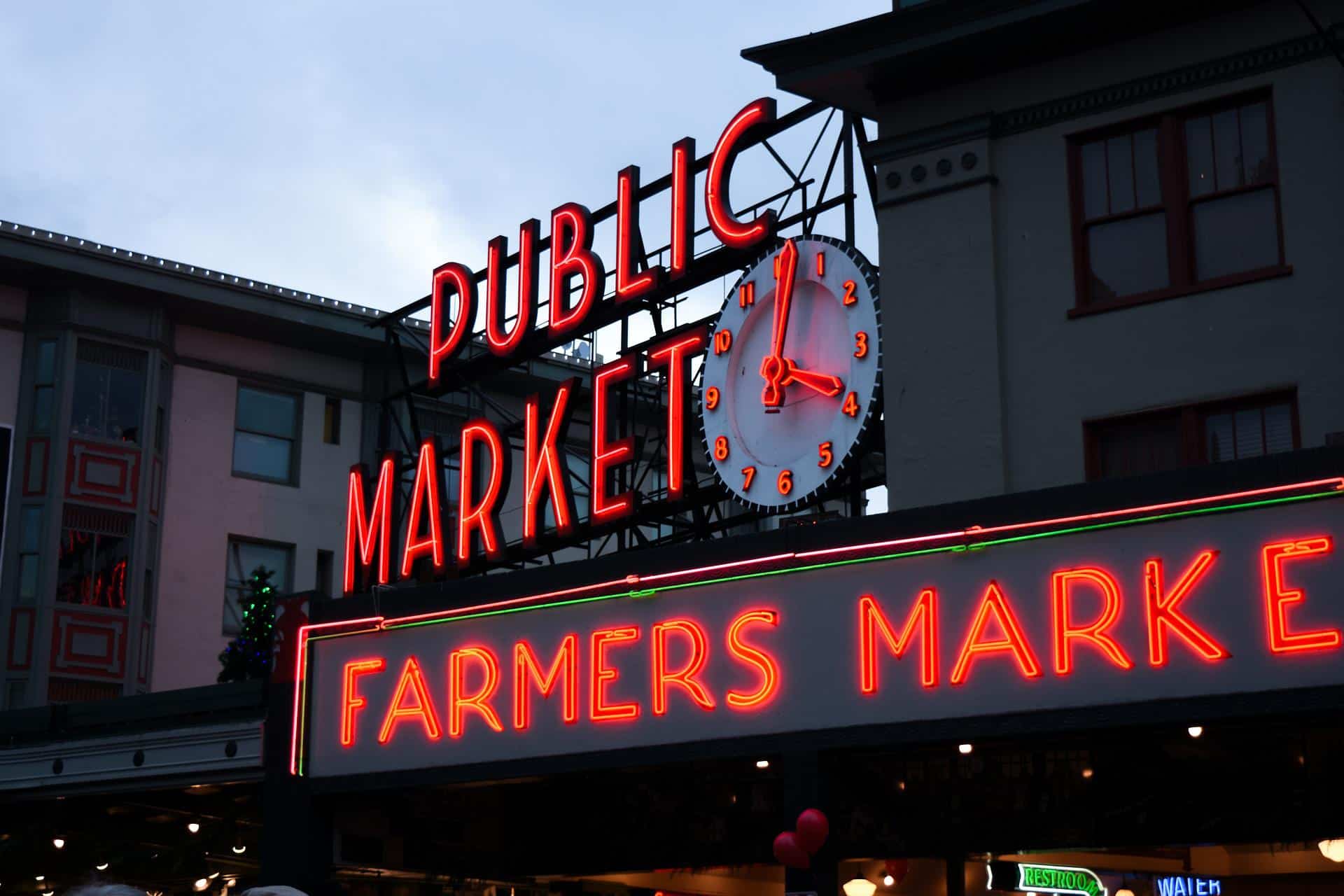 Many students attending the best colleges in Washington State feel that working while they study is a necessity. It may help them avoid debt, give them spending money to stay comfortable, or let them save for the future.

College students commonly end up in minimum wage roles. In some cases, it’s because they’re actively learning in the position, effectively taking their first steps into the workforce. In others, it’s because they focus on part-time jobs that can work around school schedules, causing them to focus heavily on restaurants, hospitality, and retail.

Since working part-time is common for students, understanding the local job market is essential. One big factor to consider is local unemployment rates. Generally, when unemployment is low, opportunities are reasonably easy to capture. When unemployment is high, it can make finding a job challenging.

Overall, Washington State has a reasonable unemployment rate, sitting at 4.2 percent (as of March 2022). While that’s higher than the national average, which was 3.6 percent during that same period, it isn’t so high overall that most students struggle to find positions.

Washington State has an incredibly diverse economy. Since that’s the case, that could mean ample opportunities for students or recent graduates looking to launch exciting careers in thriving fields.

While it’s known for certain thriving sectors – such as technology, aerospace, and forestry – those aren’t the only flourishing industries. Agriculture and food manufacturing are big business in Washington State. The same goes for clean technology and alternative energy.

The maritime industry is also a significant part of the state’s economy. The same goes for military and defense, as well as life science and global health.

« The Scholarship Rejection Letter: How to Stay Motivated to Keep Applying
Dorm vs. Apartment – What’s Right for You? »