Yes, I want in!
Home » The Pros and Cons of Greek Life in College 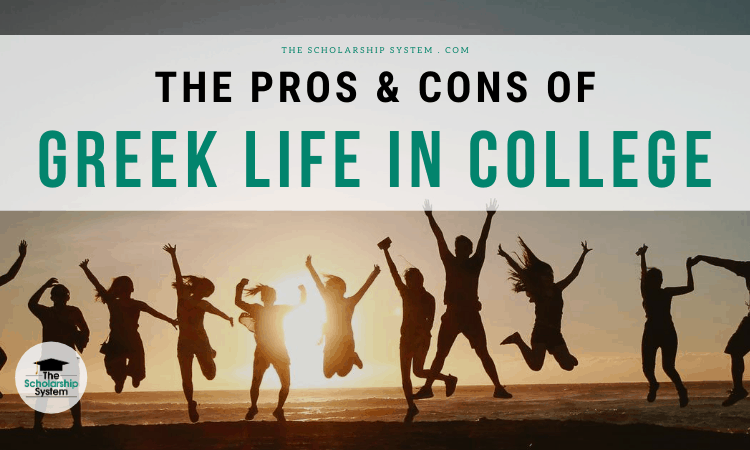 Most soon-to-be college students are familiar with the concept of Greek Life in college. Sororities and fraternities are referenced in all kinds of entertainment, including television shows and movies aimed at teens. Additionally, many students have a parent who joined a Greek life organization, which may make the idea more enticing.

Even so, many aspiring college students don’t know much about what Greek Life in college is like. In some cases, they may be aware of the benefits of joining a sorority or fraternity, but don’t know about the potential drawbacks. At times, they may even romanticize Greek Life, assuming it will be something it isn’t.

If your student is getting ready to head off to college, they may be asking themselves, “Should I join a sorority or fraternity?” If that’s the case, here’s some information that can help them decide.

What Is Greek Life in College?

Social frats and sororities usually focus on developing connections. Pledges are selected based on like-mindedness and social compatibility. Often, the goal of these organizations is to form lasting friendship bonds and start forging a network that can help them professionally down the line.

However, there are also academic sororities and fraternities. In these, your student would still make social connections, but the focus is on achieving educational goals. At times, these Greek houses are formed by students with the same or similar majors, those who exhibit a particular talent for academic performance, or something similar.

In both social and academic organizations, extracurricular activities are common. Sororities and fraternities are commonly associated with gatherings and parties. However, they often organize charity events, volunteer opportunities, and other forms of community involvement.

How Fraternity and Sorority Chapters Work

It’s important to note that most fraternities or sororities aren’t solo entities. Instead, they are a chapter of a larger organization.

Many sororities and fraternities are represented on several college campuses. Each college is effectively hosting a single chapter, a part of the larger organization.

While students may form the tightest bonds with other members of their chapter, they also gain access to this more extensive network for students and alumni. The sorority or fraternity connection essentially extends beyond the school.

The Role of National Councils

A supporting Greek life entity, national councils regulate the fraternity or sorority experience. They create rules that outline behavior, governing structure, and other aspects of Greek Life, ensuring all member chapters abide by the same requirements and function in an approved manner. 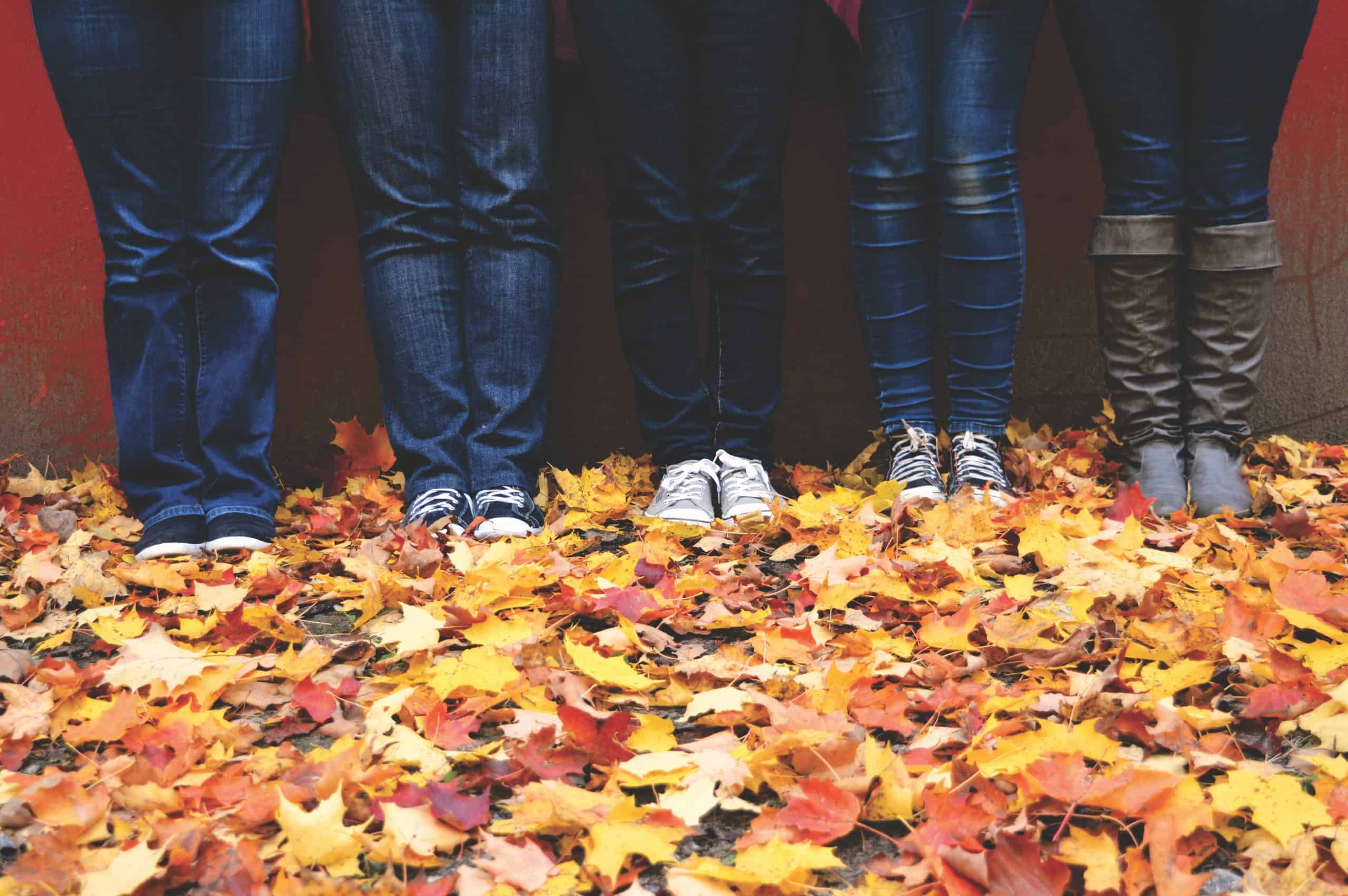 “Rushing” a Fraternity or Sorority

Entry into Greek Life at college isn’t automatic for most students. Instead, they often have to express their interest in joining or be actively approached by an existing member about joining. Then, students go through a process known as “rushing.”

Rush is highly social, allowing current members and prospective members, who may be called “rushes” or “pledges,” to become acquainted. Sometimes, the process is fairly lowkey. However, in some cases, it’s quite intense.

While the vast majority of students come out the other side unscathed, or even appreciative of the challenge, that isn’t universally the case. Issues of hazing – where an action or situation introduced is designed to embarrass, harass, ridicule, or could potentially cause physical, mental, or emotional harm – have emerged over the years.

Some colleges have put restrictions on rush activities, limiting the odds of hazing. However, others are looser, not offering students much inherent protection.

What Is the Difference Between Sororities and Fraternities?

The main difference between sororities and fraternities tends to be the gender of their members. The term “fraternity” is said to be derived from “fraternus,” a Latin word that means brother. Originally, members of fraternities were men who shared a common thread, like a particular goal.

“Sorority” is derived from “soror,” a Latin word meaning sister. These groups function just as fraternities do; sororities only initially focused on women.

Some students may have heard the term “women’s fraternity.” When it comes to the women’s fraternity vs. sorority debate, neither is inherently correct or incorrect. Both reference the same kind of organization. The difference is mainly in nomenclature or formal titling, as some groups are officially considered women’s fraternities, not sororities, in official records.

It is important to note that not all fraternities or sororities subscribe to the traditional gender divisions. Some openly accept members from all walks of life, regardless of biological sex or gender identity. However, others are highly restrictive. 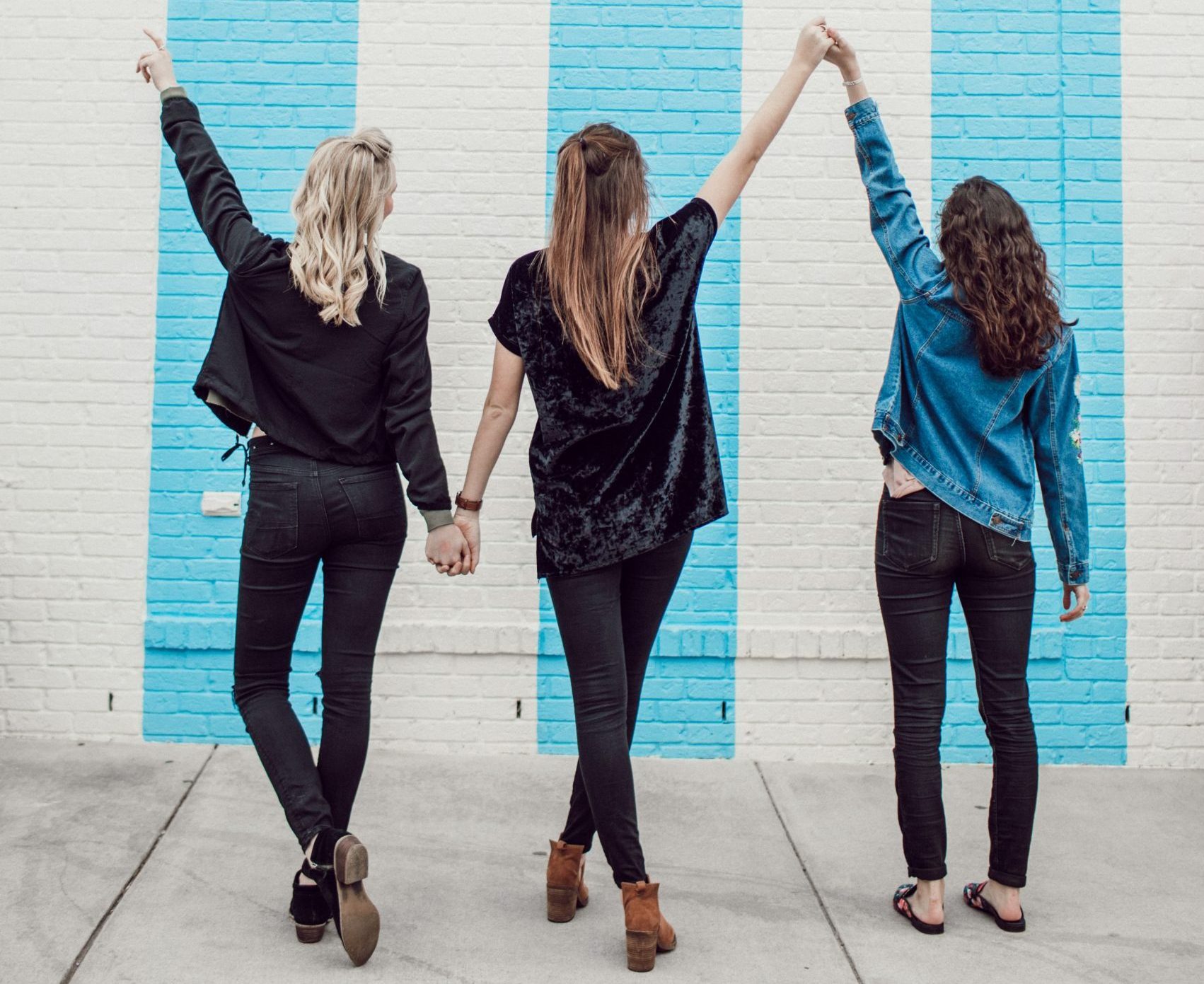 The Pros and Cons of Greek Life in College

If your student is trying to decide whether Greek Life in college is right for them, looking at the pros and cons is a smart choice. Here’s an overview of the experience, divided into potential positives and negatives.

The Benefits of Greek Life

Greek Life can provide your student with a range of benefits. There’s an automatic sense of community and an ingrained social connection. This can make your student feel like they are a part of something, and that can be incredibly valuable.

They are also getting a jumpstart on professional networking. Connections they make in a sorority or fraternity may serve them well when they launch their careers, and that shouldn’t be overlooked.

Opportunities for community involvement, volunteer work, and charitable activities also shouldn’t be ignored. It can broaden their horizons, make them more conscientious, and may even open them up for new volunteer service scholarships. Plus, many sororities and fraternities have their own scholarships, giving your student another potential source of critical funds.

At times, living at a sorority’s or fraternity’s house may offer something more than the dorms can provide. Your student may have more space, or access to a kitchen or other amenities, for example.

Leadership opportunities also abound when students take part in Greek Life. Along with helping them build valuable skills, this could give them more confidence, enhancing their overall college performance.

The Drawbacks of Greek Life

While there are benefits of joining a sorority or fraternity, there are some drawbacks as well. As mentioned above, rushing can amount to hazing, depending on what pledges are asked to do. There may also be pervasive alcohol and drug use in some houses, though this isn’t universally the case.

Additionally, being part of Greek Life can be surprisingly demanding. Volunteer hours, charitable efforts, and similar activities may not be optional. Parties and gathering can be mandatory, as well, or potentially disruptive, at least. Finding time to study or participate in other kinds of activities may be incredibly challenging.

In some cases, student-athletes are barred from joining fraternities or sororities as a result. Usually, the time demands are cited as the reason, though there may be other factors involved.

Finally, members have to pay dues and certain fees. Often, the cost of being a member can be anywhere from several hundred to several thousand dollars a semester. It can be even higher if your student is moving into the fraternity’s or sorority’s house.

There are costs beyond dues and fees, as well. Purchasing tickets to an expensive formal might be a requirement, as well as having appropriate attire for the event. Your student may have to chip in for party supplies, posters advertising charity drives, bake sales, and more. It adds up fast.

Is Greek Life in College Right for You?

Whether Greek Life provides your student with enough benefits will vary. If they can shoulder the cost, handle the time commitment, and otherwise still excel academically, it could be worth exploring. They may forge lifelong friendships that can help them navigate the challenges of young adult life, which is beneficial.

However, it’s important to consider the potential drawbacks. Greek Life in college is expensive, and that alone may take it off the table. It’s also time-consuming and, potentially, distracting, making it less than ideal for students who need ample time to study.

Ultimately, only your student knows what they can and can’t take on successfully. Let them know that if they do choose to explore this option, they can change their mind at any point. Rushing isn’t a permanent commitment, and neither is membership. If they try it and it works out, great. But if it doesn’t seem right, they can always go in another direction.

« What Are the Best Elective Classes in High School?
Budgeting for Teens – A Guide for Parents »