Yes, I want in!
Home » Attending College in Nebraska: What You Need to Know (Including Nebraska Scholarships) 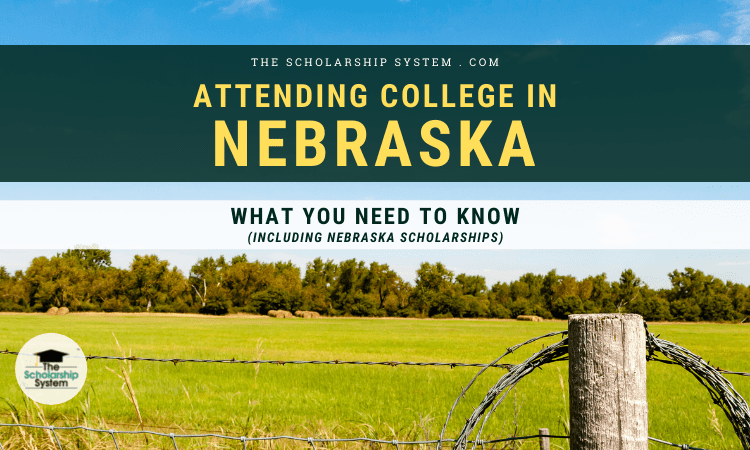 Many students dream of attending college in Nebraska. If yours is in that group, they’ll need to do a bit of planning. Choosing a school is, of course, a must. However, it’s only part of the equation. They’ll also need to figure out how to fund their education, maintain a great school-life balance, and live comfortably while they study.

If you’re student plans on attending college in Nebraska, scholarships can make nearly any school affordable. If you and your student want to learn about scholarships for Nebraska students, sign up for our free college scholarship webinar! Take a quick trip over to http://thescholarshipsystem.com/freewebinar to reserve a spot today.

Fortunately, finding the right option is easier with a great strategy. If your student is planning on attending college in Nebraska, here’s what they need to know.

Nebraska is often best known for its expansive farmland and rural feel. However, it’s also home to bustling cities. Plus, it’s got an intriguing history. Nebraska was home to the first Arbor Day. Plus, it’s the site of the largest exhibited mammoth skeleton, which was found in the state.

On the weather front, Nebraska ranges from humid to semi-arid. Summers are typically hot, with daytime highs commonly hitting 90°F or higher during the height of summer. In the winter, temperatures can plummet, often reaching lows of 0°F or below during the coldest months.

Both rain and snow are common in many parts of the state, but they’re rarely overwhelming. During the year, 25 inches of rain is the norm, while snowfall usually totals between 21 to 45 inches, depending on location. 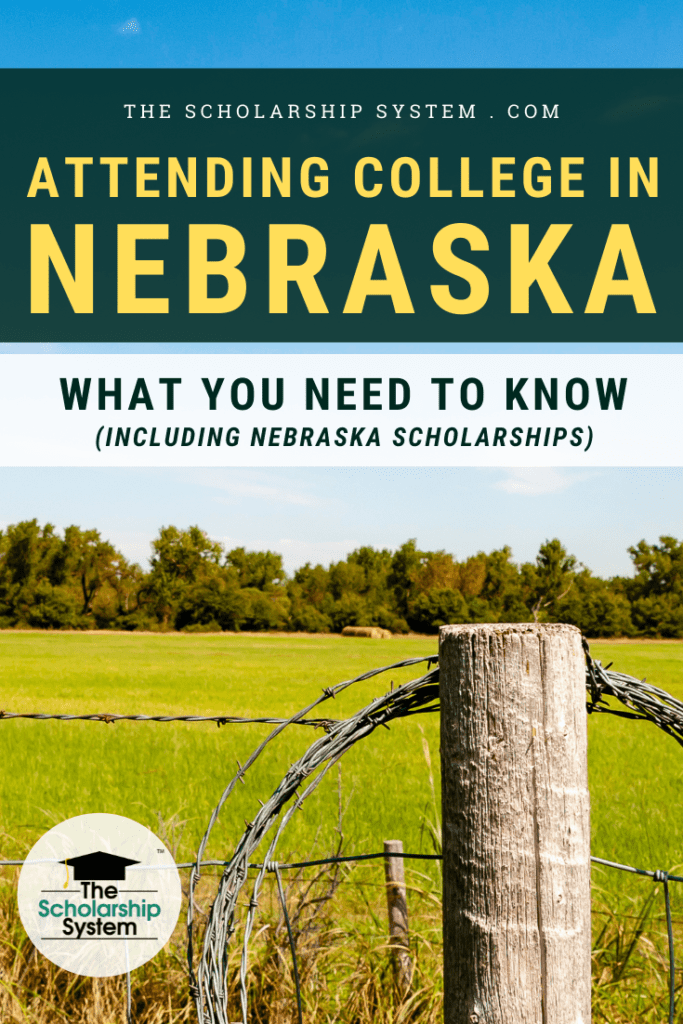 Colleges and Universities in Nebraska

Nebraska is home to 40 colleges and universities. Of those, 23 are four-year schools, and 17 are two-year institutions, such as technical schools or community colleges in Nebraska.

Many students don’t have the time to examine each of these options during their college search. Since that’s the case, having a strategy is essential. Here are some approaches that can simplify the process. 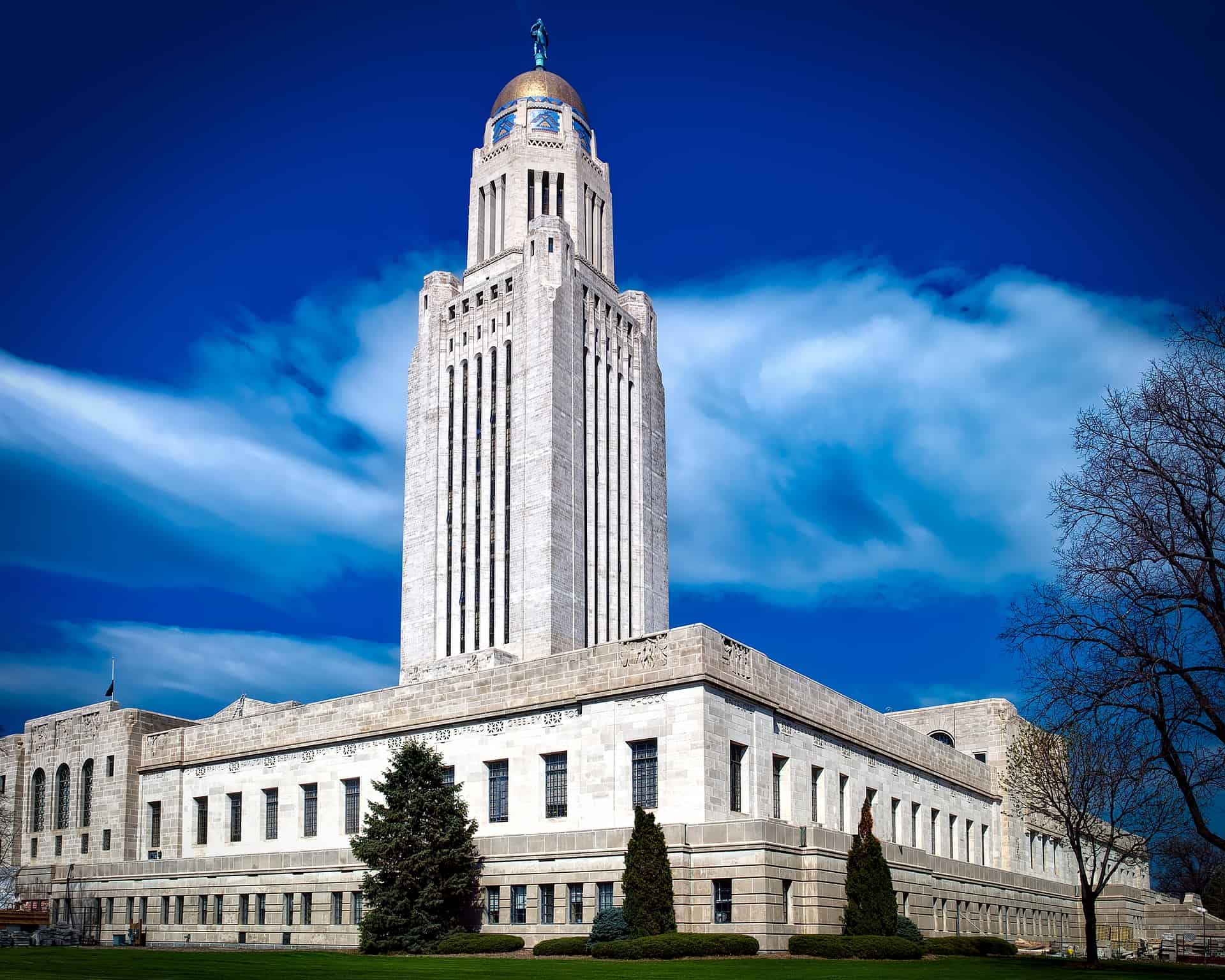 While many students may assume that they’re better off focusing on schools when they’re tackling a college search, that isn’t always the easiest starting point. In some cases, it’s better to begin by exploring college towns.

Usually, college towns have a youthful energy and plenty of critical amenities for students. Plus, the population is typically very supportive of the school, which is beneficial.

Here are some college towns in Nebraska your student may want to check out:

If students are trying to find the best school based on their needs, starting with major Nebraska colleges and universities can be a wise move. Usually, these institutions have strong reputations, an array of degree programs, larger student bodies, and plenty of amenities.

Here is a list of major colleges and universities in Nebraska:

In the end, the Nebraska universities and colleges above are simply starting points. Your student should always focus on their needs first, ensuring their school experience is supportive, academically strong, and enjoyable. By doing that, your student can find their proper match, increasing the odds of succeeding once they head to college. 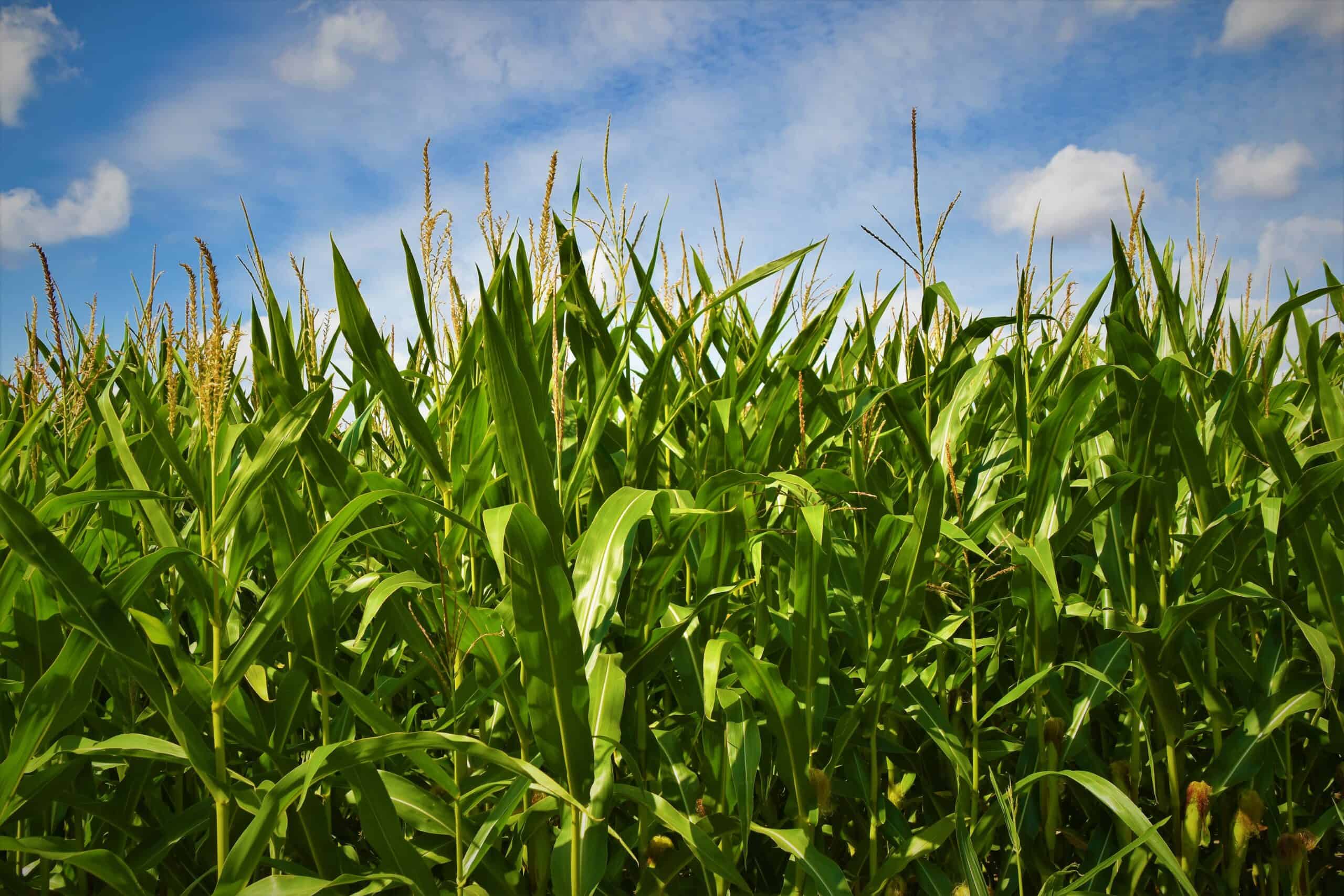 Financial aid is a must for most college students, as paying out of pocket isn’t practical for the vast majority. While students can technically turn to student loans, options that don’t require repayment are typically a better choice. That’s where Nebraska scholarships and grants come into play.

Typically, to qualify as a resident, a student needs to live in the state for a minimum of 12 months prior to the start of the term for a purpose other than schooling. Additionally, they may need to take further steps to show that the state is serving as their primary home, such as local bank accounts or driver’s licenses.

Residency requirements mean some students attending Nebraska community colleges and universities aren’t eligible for those awards. However, that doesn’t mean there aren’t options that help out-of-state students reduce the cost of college.

Some scholarships work at nearly any school. With those awards, residency isn’t typically a factor, either.

Overall, Nebraska college grants are very similar to Pell Grants. The main difference is that Nebraska grants are typically offered at the state level, while Pell Grants are federal.

Most Nebraska college grants are need-based, though some don’t take income into account as much as others. Additionally, residency is usually a must, and there can be other requirements. Since that’s the case, students need to read through the rules to determine if they qualify.

Here is an overview of some Nebraska college grants students may want to pursue: 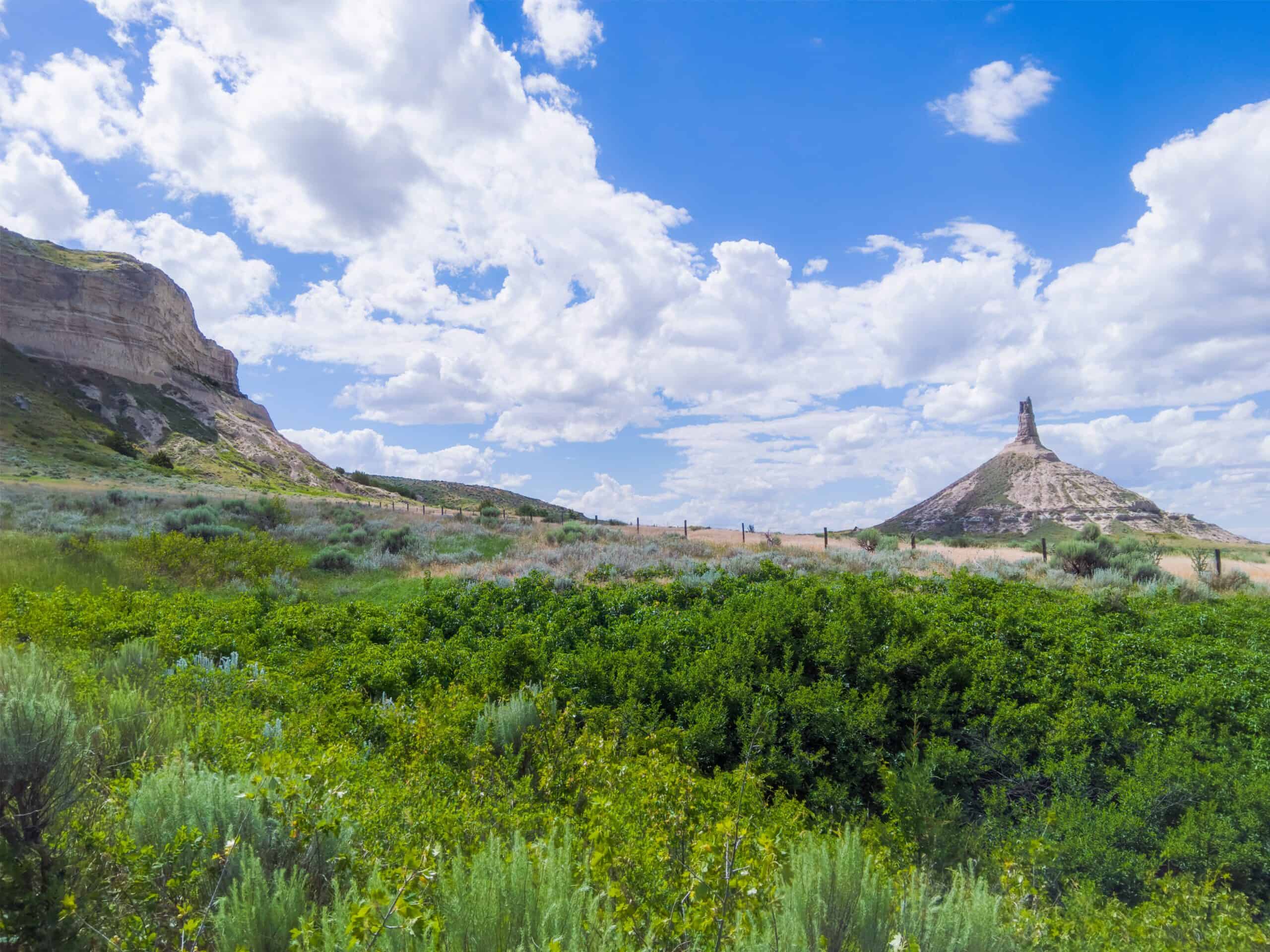 Nebraska college scholarships aren’t as plentiful as options in some other states, but there are still quite a few available. With these, residency is commonly a must. However, there are usually more requirements, too, such as financial need or studying a particular subject.

Here are some scholarships in Nebraska that your student should explore:

Living and Getting Around in Nebraska

When your student heads to college in Nebraska, they won’t spend every moment on campus. Instead, they’ll likely want to venture out on occasion. In some cases, students may even prefer to live off-campus, particularly if it leads to a better quality of life.

Since that’s the case, students need to know a bit about living and getting around in Nebraska. Here’s a quick overview.

While many students look forward to living in dorms, others would prefer to pursue other options. Since that’s the case, it’s helpful if your student knows what to expect in regards to housing costs.

Overall, the average home value in Nebraska is $230,929. That’s $100,604 below the national average, which is sitting at $331,533. While that may make housing seem affordable in Nebraska, buying is typically out of reach for most students.

When it comes to renting, students may have some options. The fair market value of a one-bedroom apartment is $695 per month, while a two-bedroom is $879 per month. That could make renting an option for students, particularly those open to having a roommate. 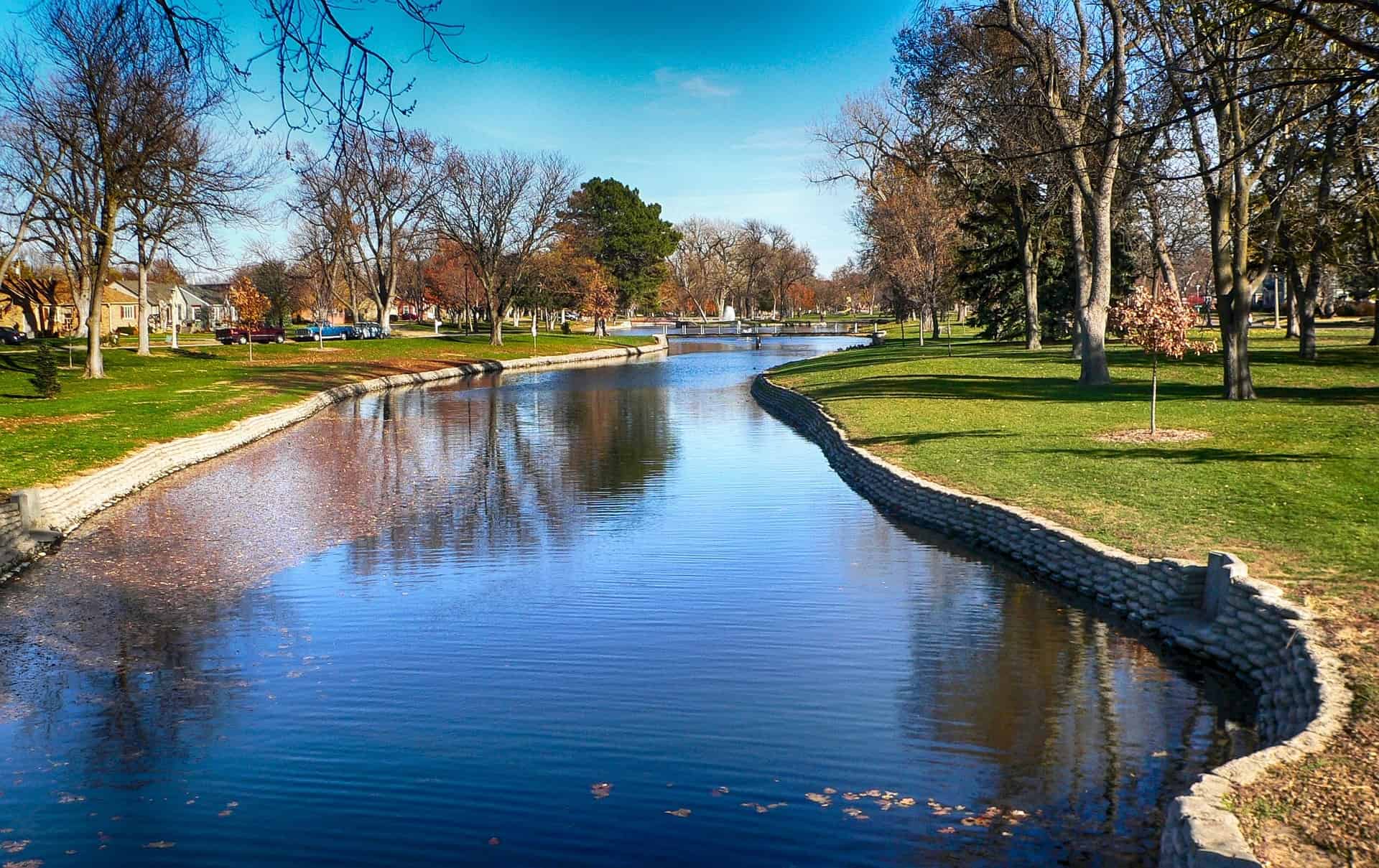 In most cases, students need reliable ways to get around the city, state, and country. For students in Nebraska, they’ll typically have plenty of options. Nearly all major cities have buses, taxis, or rideshares. Plus, there are airports and Amtrak stations to make long-distance travel more manageable.

Here is a list of the Nebraska Amtrak stations:

Things to Do in Nebraska

Nebraska has plenty to offer when it comes to fun and recreation. As a result, students can easily seize opportunities to take breaks from work or study, ensuring they can maintain balance.

A trip to the Henry Doorly Zoo and Aquarium might be the perfect option for students who enjoy animals or wildlife. For technology and aviation fans, visiting the Strategic Air and Space Museum could be the perfect trip.

History buffs and outdoor enthusiasts also have their fair share of options. The Chimney Rock National Historic Site is worth exploring, as well s Scotts Bluff National Monument. Indian Cave State Park is another intriguing choice, allowing students to stretch their legs while checking out petroglyphs.

If your student prefers quirky attractions, look no further than Carhenge. It’s a Stonehenge replica made of vehicles, making it a one-of-a-kind viewing experience.

While most students would rather focus on their studies, many have to work while they’re in college to make ends meet. However, even those that don’t may prefer to have a job, giving them an opportunity to build up their resume before launching their career.

As a result, it’s wise for students to learn a bit about the Nebraska economy. Here’s what your student needs to know about making money in Nebraska. 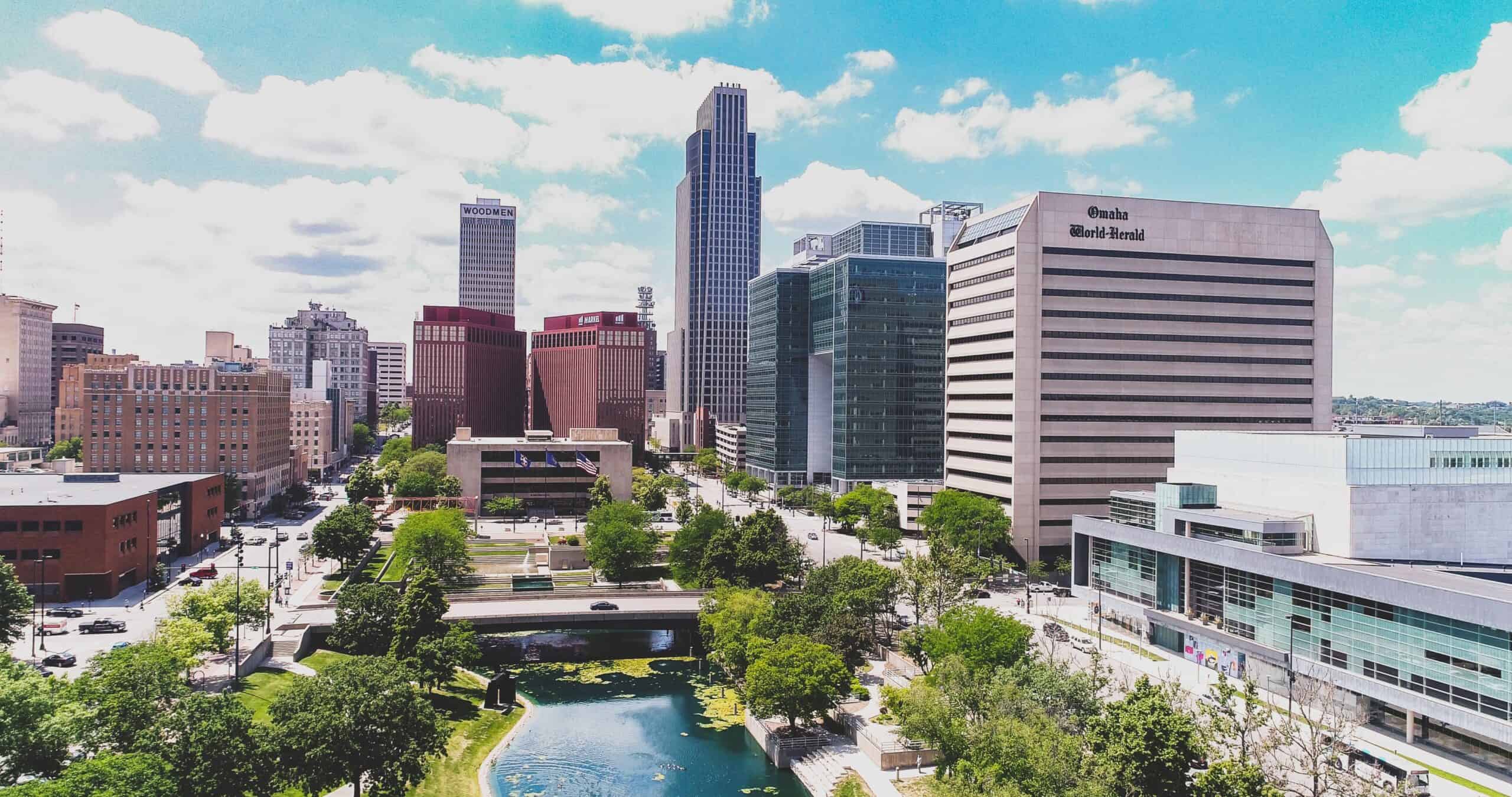 Many students that work while studying end up in minimum wage roles. Since that’s the case, it’s critical to understand how much they can potentially earn before they head to college. That way, students can plan accordingly.

In Nebraska, the minimum wage is currently $9.00 per hour. However, tipped workers may be paid as little as $2.13 per hour by their employer as long as their tips bring them up to the equivalent of minimum wage or higher.

Since many students want to work part-time while pursuing their education, it’s critical to take a look at the local unemployment rate. With high unemployment, jobs are typically harder to land. When unemployment is low, students may have little trouble finding part-time positions.

Overall, the unemployment rate in Nebraska is incredibly low, coming in at 2.1 percent (as of February 2022). That’s notably below the national average at that time, which sat at 3.8 percent.

Generally, that’s good news for students. In most cases, part-time jobs should be reasonably available, allowing those who need to work to find a suitable position without undue strain.

Understanding what industries are well-represented in a state can work in college students’ favor. Often, thriving sectors have more hiring opportunities. If your student is interested in attending college in Nebraska and potentially launching a career in the state, knowing which industries are flourishing may help them determine their professional possibilities.

However, other sectors are also a large part of the equation. Healthcare, social assistance, construction, professional services, and similar industries have their places in Nebraska, too, creating more options.

If you’re student plans on attending college in Nebraska, scholarships can make nearly any school affordable. If you and your student want to learn about scholarships for Nebraska students, sign up for our free college scholarship webinar! Take a quick trip over to http://thescholarshipsystem.com/freewebinar to reserve a spot today.