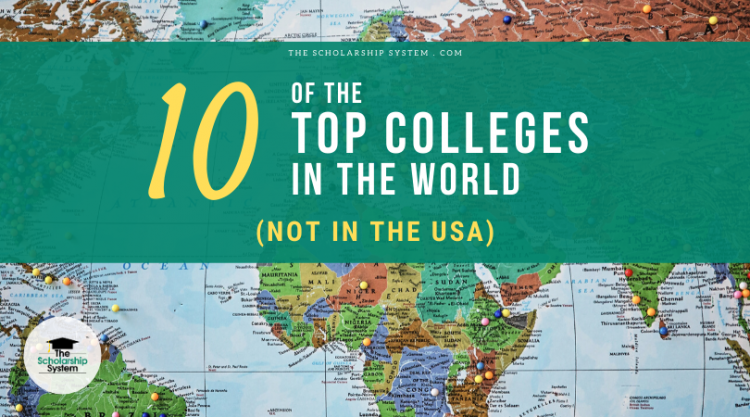 When it comes time for a student to choose a college, they often wonder, “What are the top colleges in the world?” Sometimes, this is pure curiosity. After all, they have schools on the brain, so it’s reasonable to contemplate which ones represent the cream of the crop.

However, some students want to figure out what the best colleges in the world are so that they can consider them. After all, there’s nothing that says a college search can’t or shouldn’t go international. Plus, there are plenty of scholarships for studying abroad, so it never hurts to look at every option.

If you and your student want to learn more about finding scholarships to study abroad, sign up for our free college scholarship webinar! Take a trip over to https://thescholarshipsystem.com/freewebinar to reserve your spot today.

Here’s a look at some of the best colleges in the world.

10 of the Top Colleges in the World

When it comes to the most prestigious colleges in the world, you can’t deny that the University of Oxford deserves to be on that list. It’s one of the oldest universities in the world, so it has a long and storied history.

Plus, it’s undergraduate, and graduate programs are widely respected thanks to the high-quality educational experience. When it comes to research resources, the University of Oxford is also hard to beat. Additionally, it’s the home of the Rhodes Scholarships, the oldest international fellowship awards on the planet.

Just be aware that it is also one of the hardest colleges to get into in the world. Its acceptance rate is usually between 15 and 20 percent, showing just how competitive the admissions landscape can be. However, it should come as a surprise that so many people want to get in, and some do consider Oxford the number one college in the world. 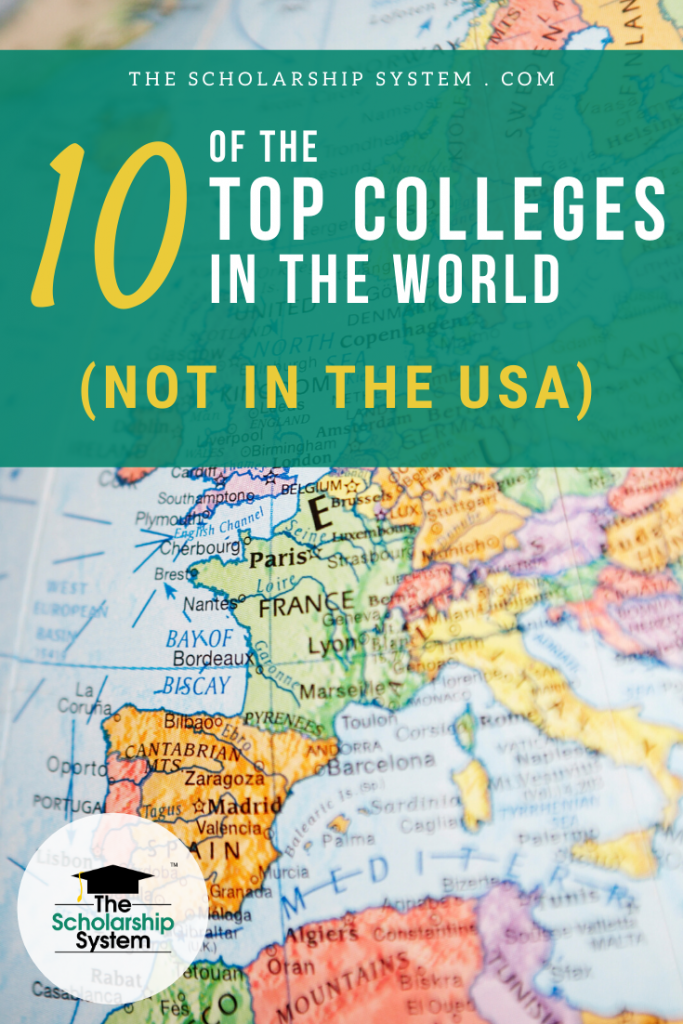 Initially founded in 1885 as the Federal Polytechnic School, ETH Zurich is a leader when it comes to technology and science education. Also known as the Swiss Federal Institute of Technology Zurich, over 20 Nobel Laureates studied at the institution, including Albert Einstein.

The school uses an open-minded approach and encourages accountability, personal responsibility, and innovative thinking. It also has substantial research capabilities, a storied history, and a vibrant culture.

Another one of the oldest universities on the planet, the University of Cambridge is known not just for its exceptional educational experience, but also for some famous grads. The school produced some of the most noteworthy scientists in history, including Sir Isaac Newton and Stephen Hawking.

For students who want a school that cultivates curiosity and promotes innovation and research, Cambridge could easily be a top contender. It’s also known for offering some specialist subjects that you might not find at many other schools. 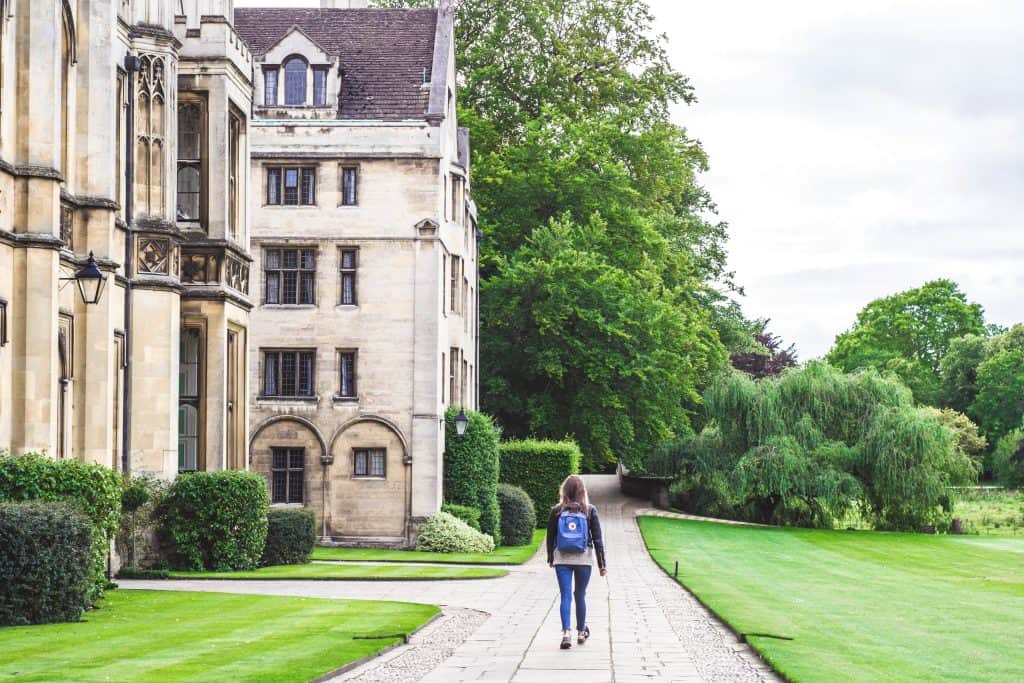 If your student is exploring colleges around the world and wants to find an institution that offers an amazing experience and a broad selection of programs, the University of Toronto is a great option. Along with being one of the most prestigious universities on the planet, it also has hundreds of undergraduate degree programs available.

As Canada’s premier research university, it also receives more funding than all of the other schools in the country. That makes it ideal for those who like to explore and innovate, regardless of the student’s preferred subject.

Starting as a medical college, the National University of Singapore now offers 17 different programs. The curriculum is rigorous but incredibly engaging, as cross-program enrichment opportunities are plentiful.

Plus, this college offers much more, including entrepreneurship-oriented student exchanges with a dozen schools. There are also joint, double, and concurrent degree programs available that partner with some of the other best universities in the world, making the student experience even more fulfilling and laden with potential. 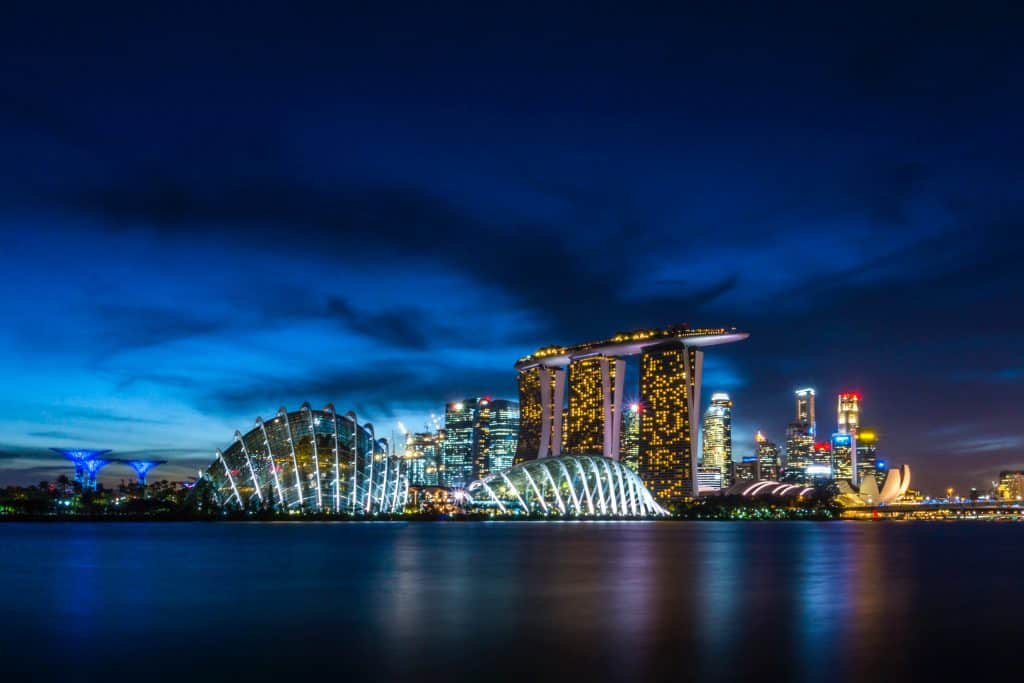 One of the best public universities in the world, the University of Melbourne is commonly considered the number one college in Australia. World-changing research is a priority at the school, as well as a leading educational experience for all students.

There are more than 100 areas of study available, so there’s plenty of variety. Plus, it uses a non-traditional approach to degrees, allowing students to pursue their passions through unique curriculums that aren’t available at many other universities.

One of the leading research institutions in Europe, LMU Munich has been around for over 500 years. In fact, the school is older than Oxford by about six years.

There is a broad selection of programs representing a variety of fields, ranging from humanities to natural sciences. The educational approach is mostly interdisciplinary, a methodology that bolsters innovative thinking, engagement, and curiosity. 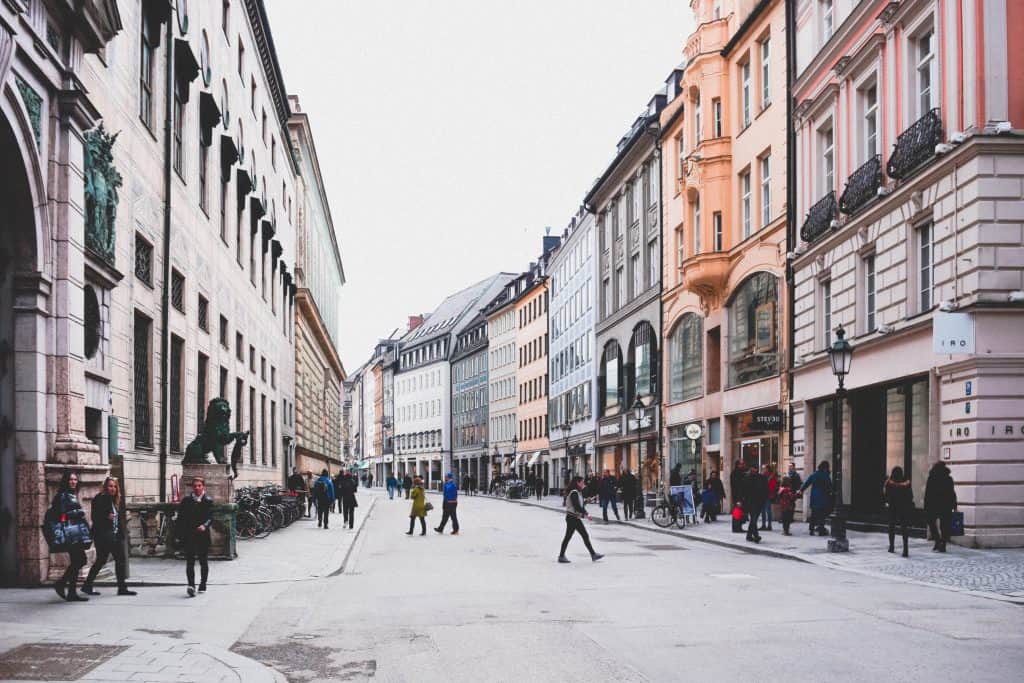 In comparison to many other institutions on this list, Hong Kong University of Science and Technology is relatively young. However, that doesn’t mean this medium-sized school shouldn’t be considered, particularly by students who want to be on the cutting edge of science, tech, or engineering.

At this college, research is a priority, and opportunities exist in fields like robotics, automation, data science, advanced materials, neuroscience, sustainability, and more. Plus, the school performs well outside of the STEM arena, too, offering programs through its School of Humanities and Social Sciences as well as its School of Business and Management.

9. The University of Tokyo

One of the leading research universities in the world, the University of Tokyo has a stellar reputation. Eight Nobel laureates spent time at the schools, showcasing the caliber of people who previously called the college home. Plus, its student body composition is fairly unique, as there are as many graduate students as there are undergraduates at this college.

There are ten major program areas at the university, and the school has nearly a dozen research institution affiliations. It also maintains more than 450 international exchange agreements with some of the other top colleges in the world. That can make transitioning to or from the University of Tokyo easier. 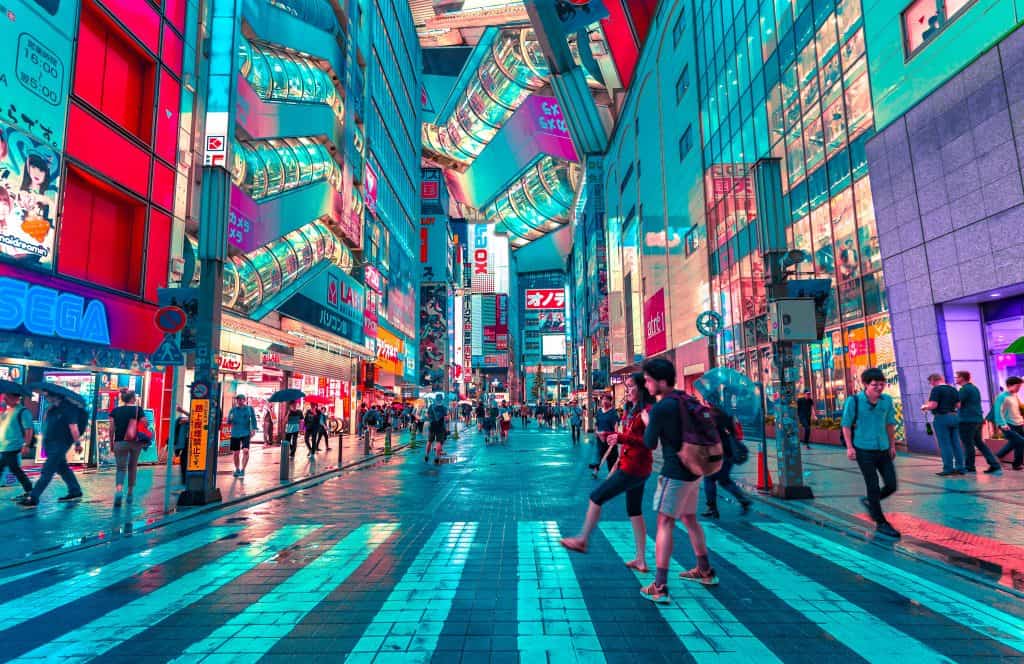 When it comes to medical universities, the Karolinska Institutet is a clear leader. Many students flock to this Stockholm school from all around the world, looking for opportunities to get involved with cutting edge research and medical technologies.

Five researchers from the college became Nobel laureates, showcasing the quality of the institution. Plus, it can be a “one-stop-shop” for students, offering bachelor’s, master’s, and doctoral programs.

A Note About the Top Colleges in the World

When it comes to the best colleges in the world, it’s essential to understand that those determinations can be subjective. Different people value different things.

When your student is deciding which schools should receive their Common App or which colleges are the best, they need to keep their needs in mind. Their goal should be to find their ideal college, one where they can learn, grow, and thrive. By doing so, they’ll land on the best option for them, and that’s what matters.

If you and your student want to learn more about finding scholarships to study abroad, sign up for our free college scholarship webinar! Take a trip over to https://thescholarshipsystem.com/freewebinar to reserve your spot today.

« Attending College in Florida: What You Need to Know (Including Florida Scholarships)
7 Ways to Find Online Jobs for College Students and Make Money from your Dorm Room »

The Scholarship System is all about strategies to help students and their families pay for college. We’ve created a step-by-step process to teach ANY STUDENT how to secure college funding, saving families more than $1.2 Million so far.