Yes, I want in!
Home » 14 Surprising (and Funny) Things We Forgot to Teach Our College-Bound Kids 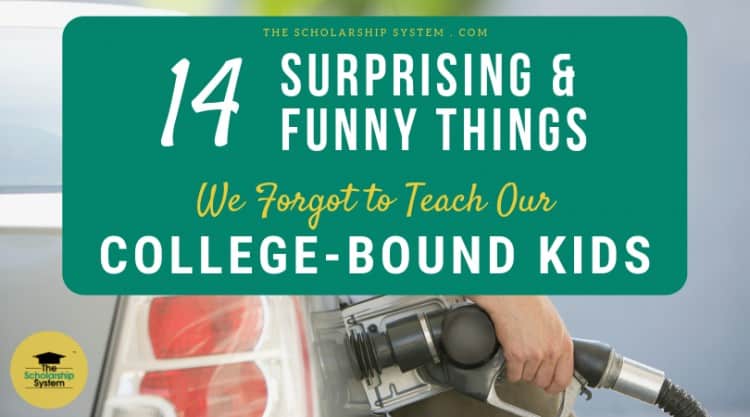 Parents often concentrate on specific areas when they impart wisdom on their college-bound children. Many of the most commonly shared tips focus on academic success, while others include tips on navigating common social situations and being safe while out and about.

While all of those things are important, they aren’t the only things teens need to know as they prepare to head out to college. Many critical life lessons get overlooked accidentally, and most parents don’t even realize they didn’t teach a crucial skill until a situation (at times, a humorous one) brings it to light.

Here is a look at 14 surprising things parents frequently forget to teach their college-bound kids.

Most college-bound children know how to drive a car. But, that doesn’t mean they know everything about operating a vehicle. As a result, they may find themselves in a bind simply because they didn’t learn a few of the basics, including:

Unless a college-bound student has their own car and already fills their own gas tank, you don’t want to assume they actually know how to handle this everyday task. Some teens don’t know how to open the door that guards the tank (or where it is on the vehicle) or how to remove the gas cap unless a parent or friend shows them. And, since it is such a mundane activity for most adults, it is an easy life skill to overlook. 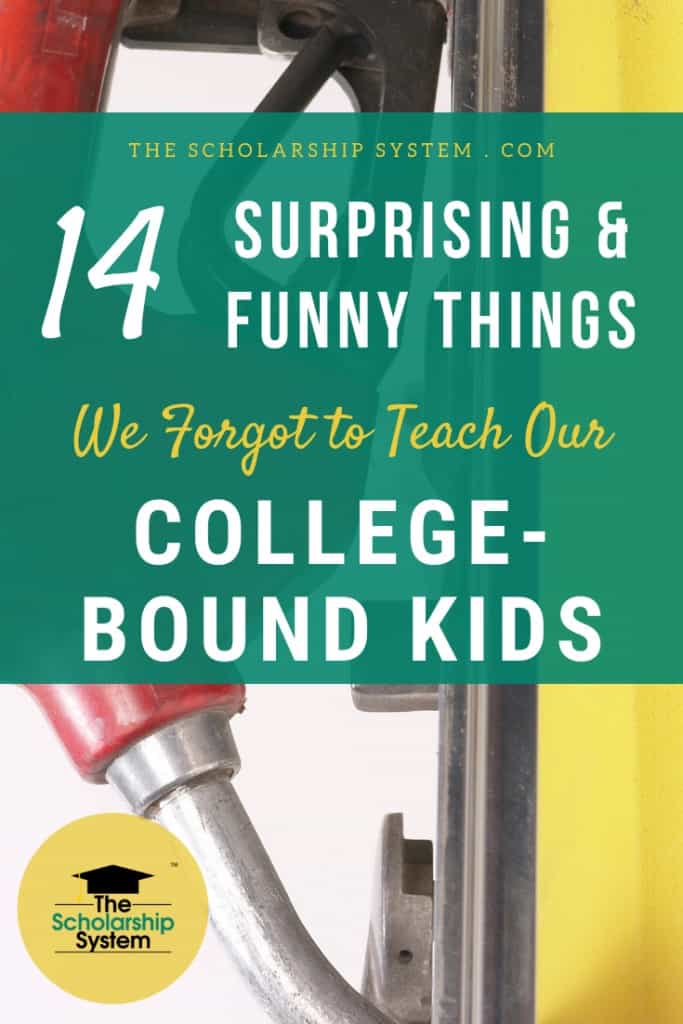 2. How to Check the Oil in a Car (and Other Basic Maintenance)

Here’s another task that many parents simply forget to teach their teens. Some teens aren’t even aware oil levels need to be monitored or that oil needs to be changed on a specific schedule. The same can go for other basic maintenance, like tire rotations, brake pad replacements, and more.

While most of the information is in the vehicle’s manual, few teens have actually read one. This can create a big hole in their life skills knowledge unless a parent or friend tells them what needs to be done. 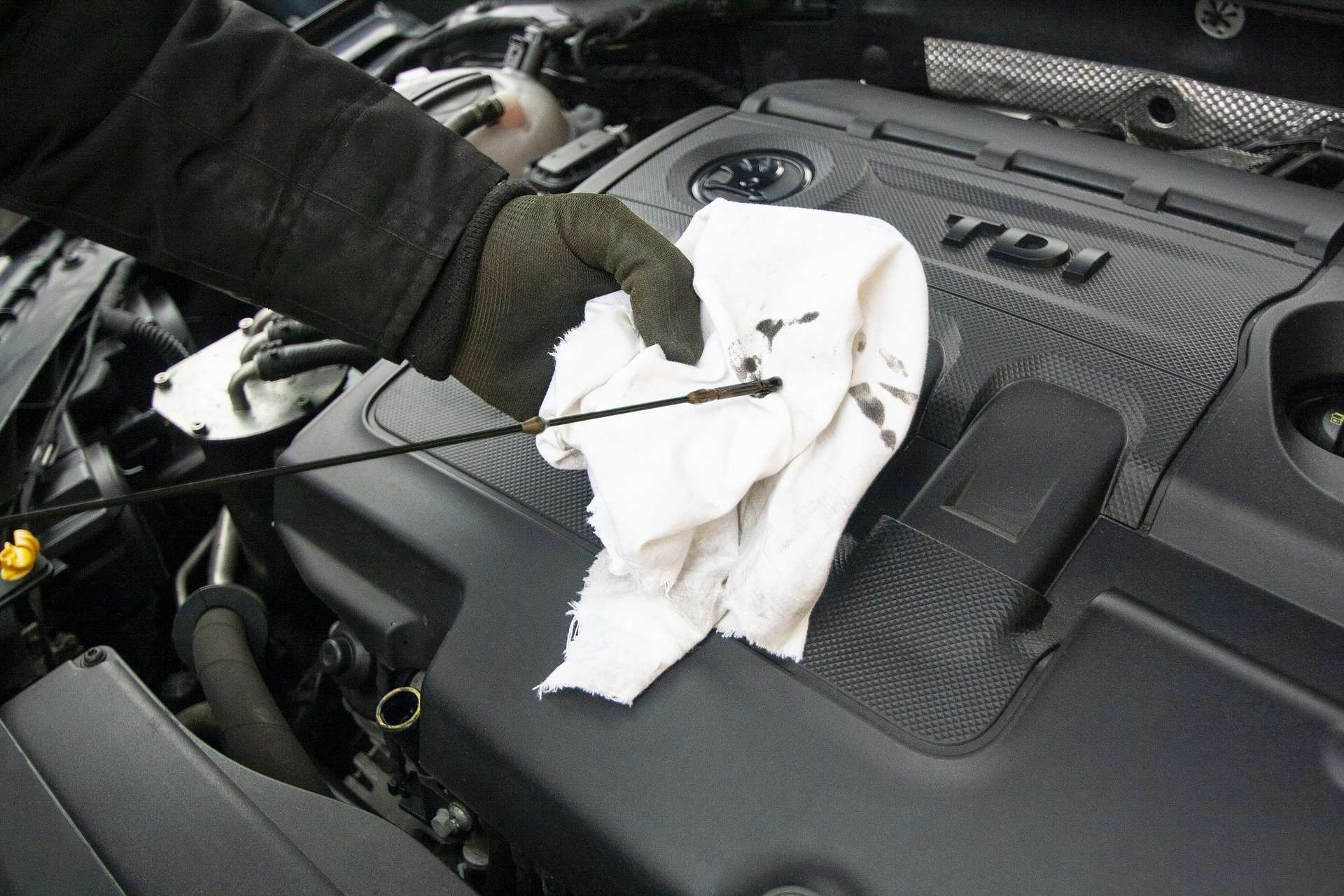 3. That the Key Can Open the Door

Since most car doors can be unlocked with a button on a fob, many teens have never had to use a key to unlock their vehicle. If the battery on their key fob dies, they might not know they aren’t stranded until the battery is replaced.

This isn’t a situation that happens often. But, if you don’t want your teen calling for help because they think they can’t get inside their car, it isn’t a bad idea to point out that using the key is an option.

Digital technology allows for many forms of communication to be handled online, including everything from sending messages to completing documents. As a result, some teens don’t understand a variety of basics when it comes to dealing with paperwork, letters, legal documents, and more, including:

4. You Can’t Use Pencil (or Many Colored Pens)

Legal documents, background check forms, various job or scholarship applications, bank checks, and a range of other documents have to be completed with a pen. Usually, the ink has to be blue or black. Otherwise, the paperwork gets rejected.

Since today’s world is so incredibly digital, many teens haven’t encountered much paperwork. Unless they have been told that pencil or certain colored pen inks aren’t acceptable, they might get stuck having to redo some of their work when it gets rejected. 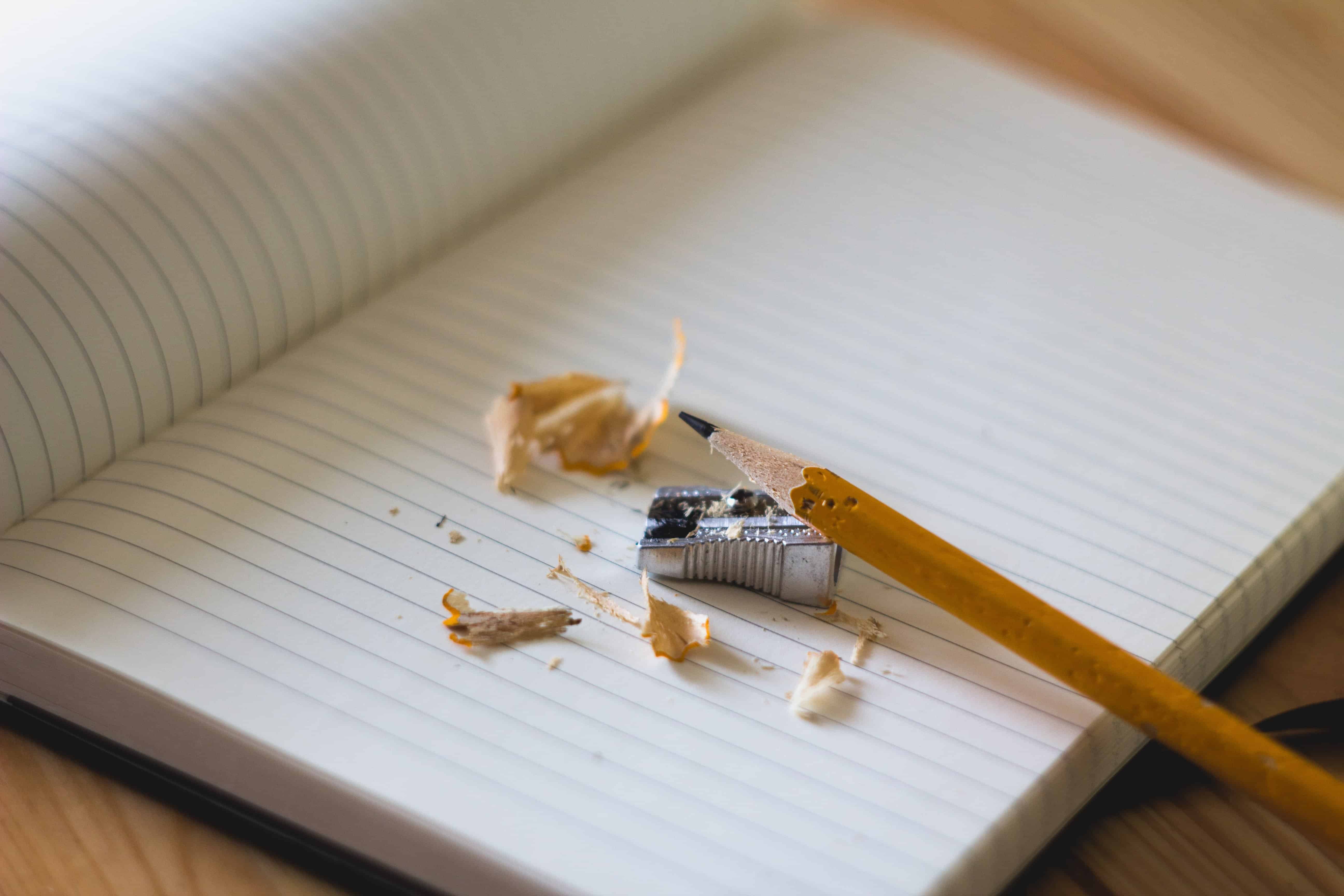 5. How to Address a Letter and Handle Postage

Another side effect of digital communication is many college-bound teens don’t send letters or packages themselves. Between email, messengers, and the ability to send a package straight from a retailer, a surprising number of teens haven’t had to address a single envelope or pay for postage through a shipping company.

Most parents assume this is covered in school. While many students still go over how to address a letter, if the knowledge isn’t used, it is typically lost. Similarly, if teens aren’t told how to pay to have a package they are sending shipped, they might assume this isn’t a step they have to handle.

6. How to Deal with Paper Checks

While banking apps have made depositing checks easier, not all teens know what to do if they receive a check. Some may not know how to endorse one, causing deposit attempts to fail. Others might not even realize it is their responsibility to deposit a check, assuming it acts more like a receipt for a digital transfer.

Similarly, many teens don’t know how to fill out a check. Even if most banks have bill pay options that handle it for them or they can pay their bills online with a credit or debit card, not knowing how to write a check could lead to some less than ideal situations.

This is another area where parents need to make sure their children know what to do. By and large, depositing and writing checks (and many other everyday banking activities) aren’t taught in school, and a teen’s peers may be as clueless about checks as they are. 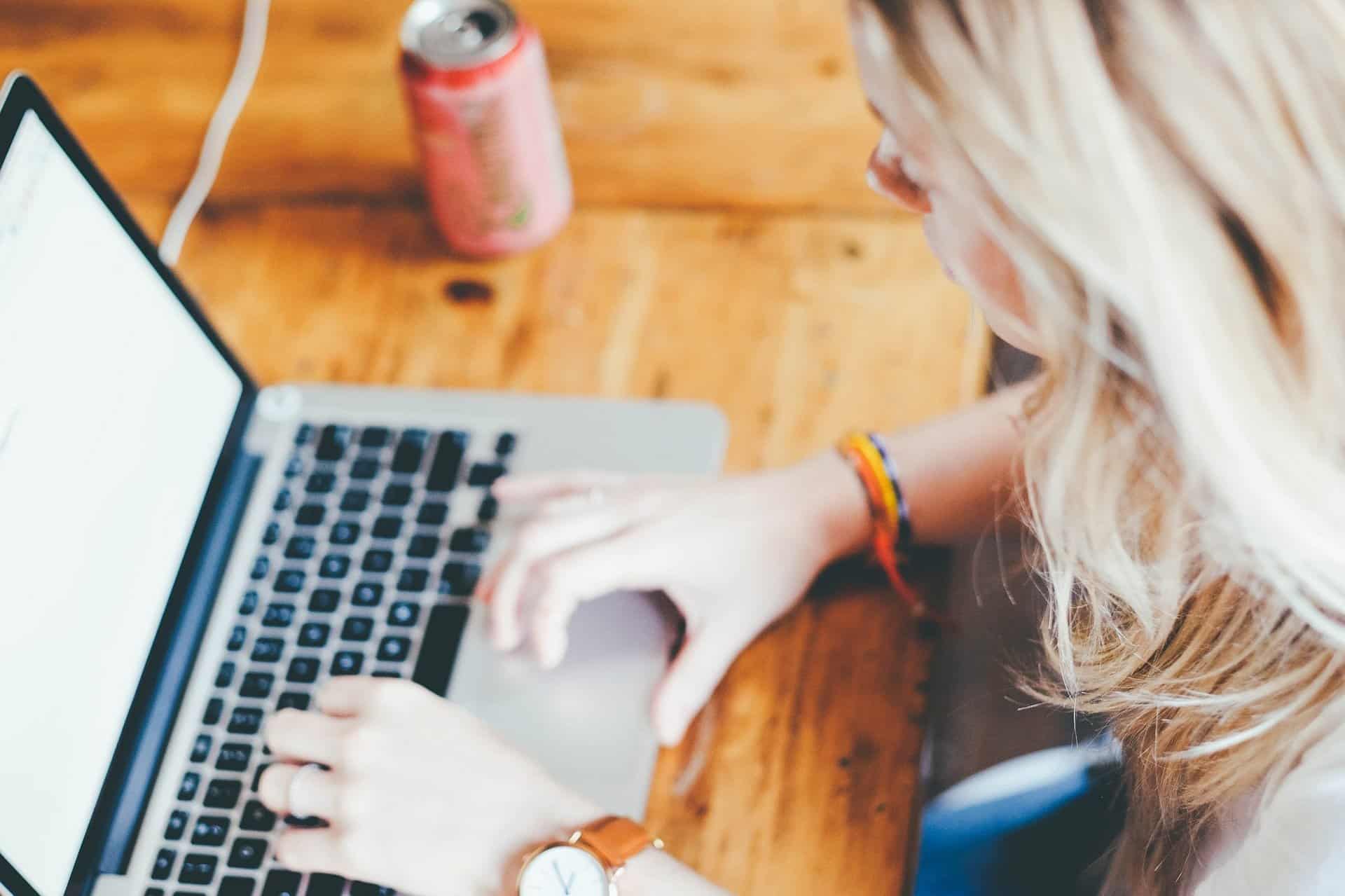 7. How to Create a Budget (and Other Personal Finance Skills)

Most schools don’t teach students much (if anything) about how to create a budget. Most teens rely on banking apps to track how much money they have, an approach that isn’t always accurate depending on pending transactions, and struggle to plan when they need to cover upcoming expenses. Similarly, many college-bound students aren’t familiar with other personal finance concepts, like calculating interest, because they weren’t taught in school.

This is one area where not teaching your student could create a dire situation. Parents should take the time to show their teens how to create a budget and make sure they understand how interest works, what a credit score means, and more.

Many homes gave up their landline telephones once mobile plans became affordable or started offering unlimited talk. In some cases, teens have barely used landline phones, so they don’t always know exactly how they work. This can lead to some pretty humorous mistakes, including:

8. Not Knowing That Landline Phones Don’t Hang Themselves Up

Mobile phones will disconnect themselves from a call completely if either caller hangs up, but landlines don’t work that way. If one caller hangs up, a landline may stay on the line, usually results in an obnoxious tone after a few seconds.

A surprising number of teens don’t realize they have to hang up a landline phone (especially if it is cordless). While this isn’t a problem that should come up often, if they have a desk job, it might happen more often than a parent would think.

When a person calls a mobile phone, if that line is in use, the caller might hear a beep while the phone rings to tell them the recipient is on another call and then gets routed to voicemail. Even many landlines send a call to voicemail if the line is busy. As a result, many teens have never heard an actual busy signal and might have no clue what that sound means if they do encounter it. 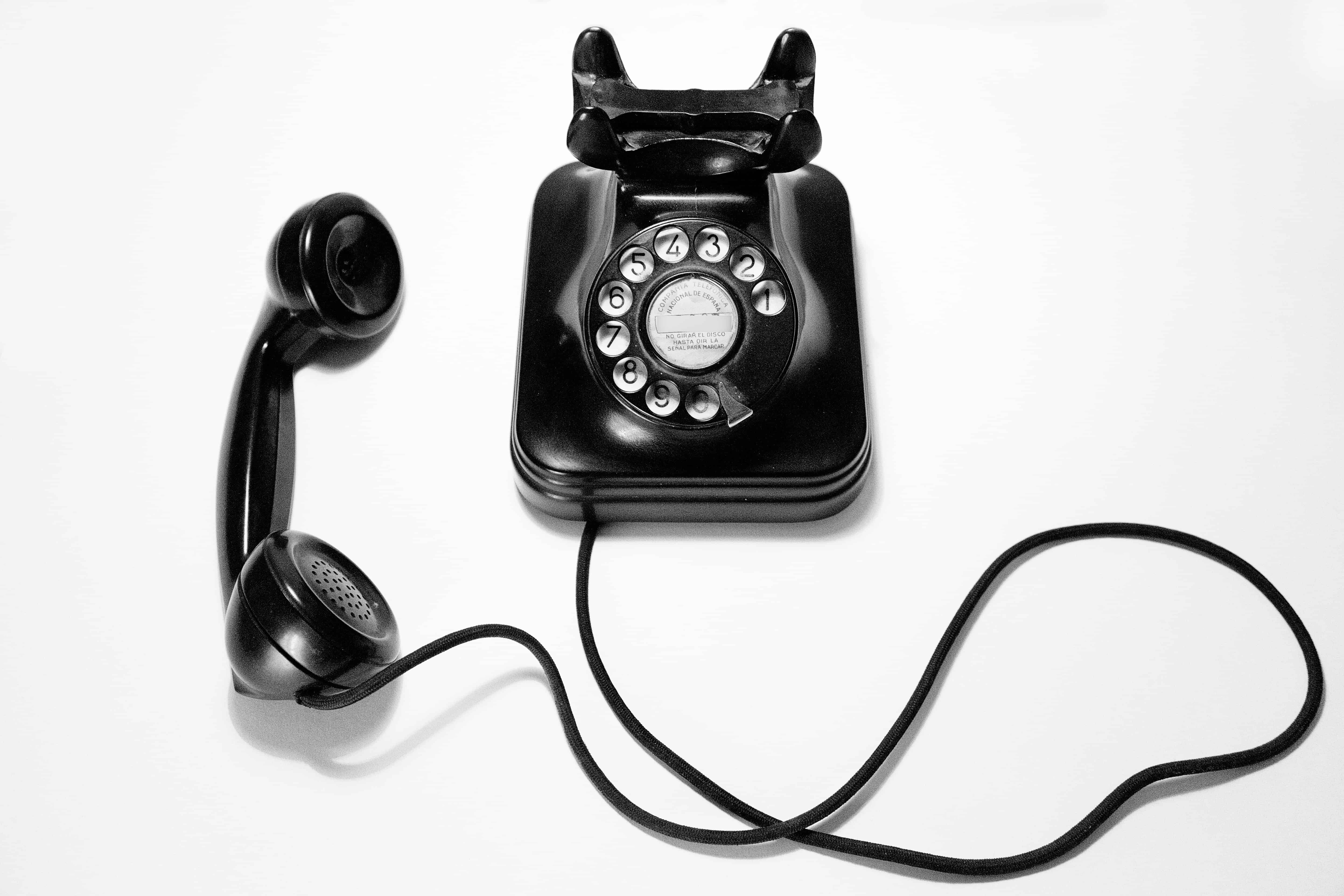 Many automated systems ask callers to input information, like an account number, and then hit the pound key to indicate they are done with the entry. However, thanks to social media, many teens know that symbol as a hashtag and don’t realize that it is also the pound key.

With a cell phone, you don’t have to dial “1” before a long distance number. The phone handles that part for the user, which is pretty convenient. But it also means many teens don’t realize you have to do that part yourself on many landlines.

There are a variety of different life skills; many parents consider common sense that leaves teens perplexed, including:

12. How to Read an Analog Clock

Thanks to digital technology, knowing how to read an analog clock isn’t always common knowledge. Instead of having to decipher what the hands on the clock’s face mean, people can glance at their phone screen and just read the numbers.

Similarly, some teens don’t know what phrases like “a quarter to” or “half past” a particular hour means. Unless a parent gives them this knowledge, even a college-bound student could struggle with telling the time when it isn’t digital.

13. Using a Manual Can Opener

Another casualty of the increasing level of convenience many manufacturers build into their product; fewer teens have had to use a manual can opener. Instead, they expect to see pop tops, leaving them flummoxed if the can doesn’t have a pull tab. 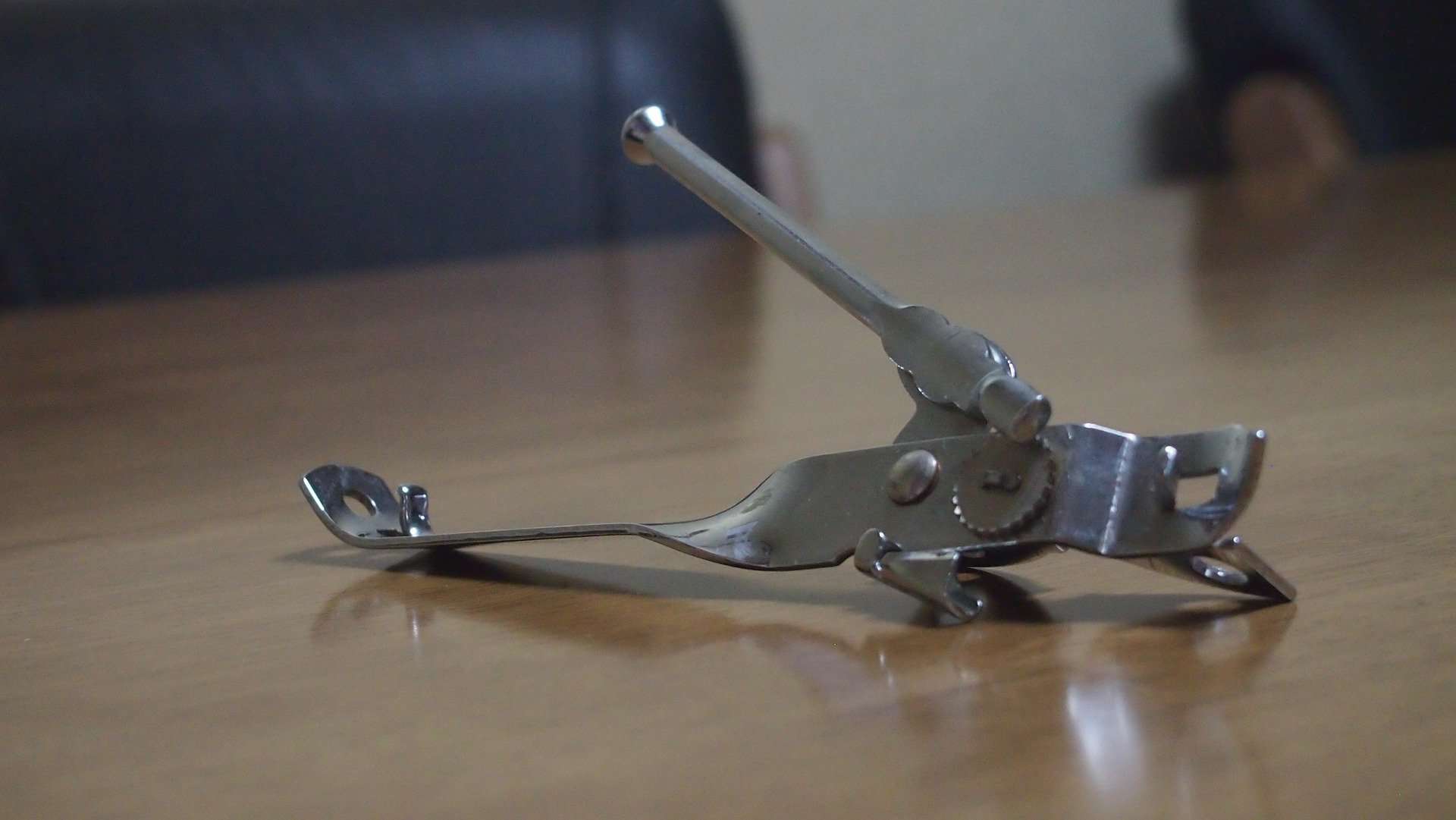 While one could debate whether being able to write in cursive is critical (barring possibly signatures on documents), many teens don’t know how to read cursive either. Since they either never learned cursive or haven’t used it since earlier in their school career, they can struggle to decipher what words written in cursive say, especially if it has a lot of flourishes or each letter isn’t incredibly clear.

Ultimately, the list above shows just how easy it is for a college-bound student to end up with a knowledge gap. Parents should take a moment and consider what critical skills their teen may be missing, and then make an effort to teach them before they head off to school. Otherwise, parents shouldn’t be surprised if they get some interesting “emergency” calls from their student in the near future.

If you and your child would like to learn more about how to get started with scholarships, sign up for our free college scholarship webinar! It’s a great way to learn about the process and how to identify opportunities that can help your student avoid debt while pursuing their education!

« Scholarships + Taxes: Everything You Need to Know
How a Blog Could Benefit a Student »