Yes, I want in!
Home » Changing Majors in College: What to Consider Before Making the Switch 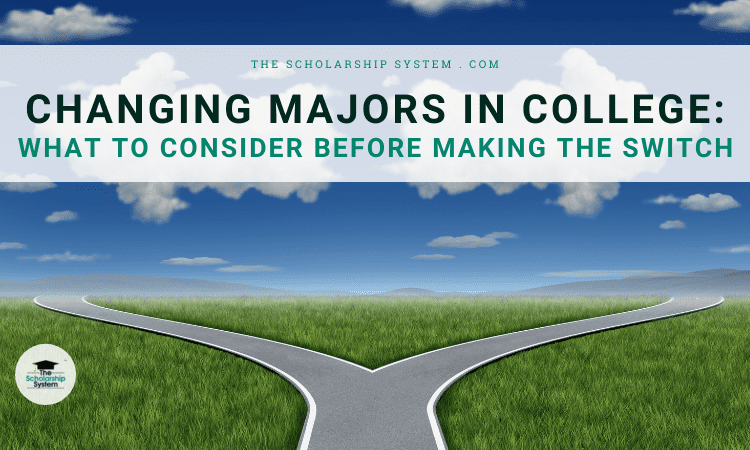 Changing majors in college is a big decision, but it’s also something many college students grapple with while pursuing their education. In some cases, it’s because students realize that a particular major isn’t a great fit after taking a few classes. In others, it’s discovering a new passion as they explore various subjects.

Regardless of the reason, students often wonder whether they can – or should – change their major in college. Here’s a look at what it takes to change majors, critical considerations before making the switch, and how to change majors if the need arises.

Can You Change Your Major in College?

When a student realizes that their current major isn’t a great fit, the first question they often ask is, “Can I change my major?” Generally speaking, the answer is “yes.”

Most schools have processes in place that allow students to shift to a new major. Typically, this is because colleges understand that students may figure out that a particular path isn’t a great fit as they’re taking classes. In order to maintain enrollment, they give students options to adjust courses, ensuring they aren’t forced to explore other schools to make it happen.

Now, this doesn’t mean there are never restrictions. Colleges can typically only shoulder enrollment numbers up to a specific point in a particular major. If the current number of students studying that subject is already at the college’s limit, then students may not be able to shift into that major officially until there’s a slot available. 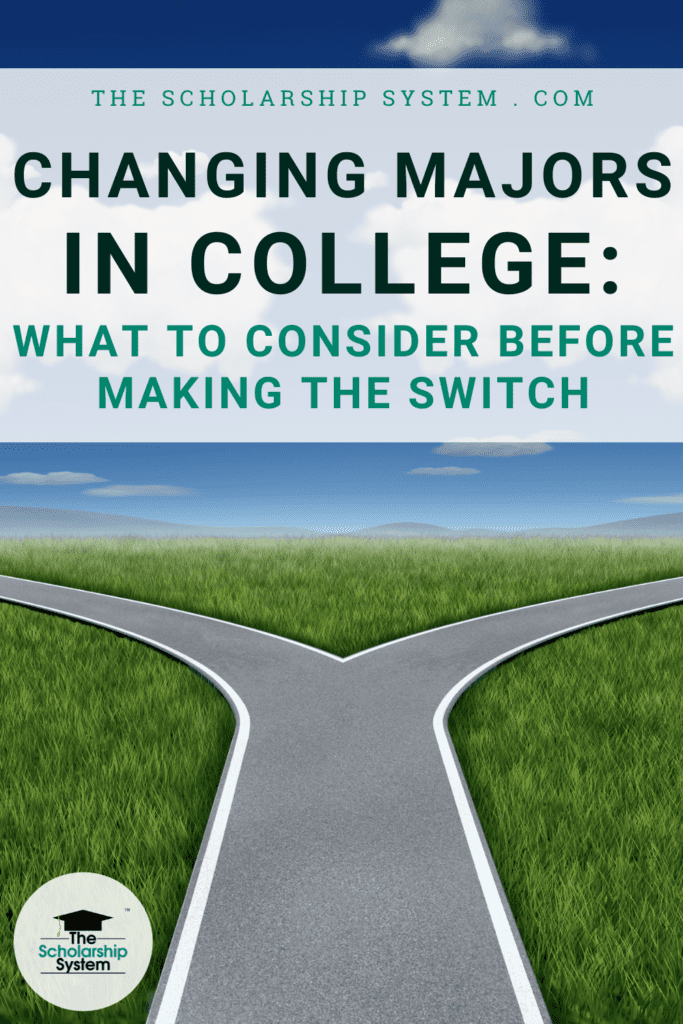 How Many Students Change Majors?

Should You Change Your Major?

Even knowing that they can change their major in college, many students grapple with a simple question: should I change my major? Generally, switching majors is a personal decision.

While it’s easy to hope that your student will know what’s the best fit when they first head out to earn a degree, many students discover that their original major isn’t the best fit. If that happens, it’s often best for students to consider other options.

In the end, committing to a career that doesn’t align with their interests or passions isn’t a smart move. It can mean working in jobs that aren’t fulfilling or satisfying, increasing the odds of burnout and leading to regret. That’s why it’s often better to really consider a change versus moving forward, ensuring their future career will legitimately meet their needs. 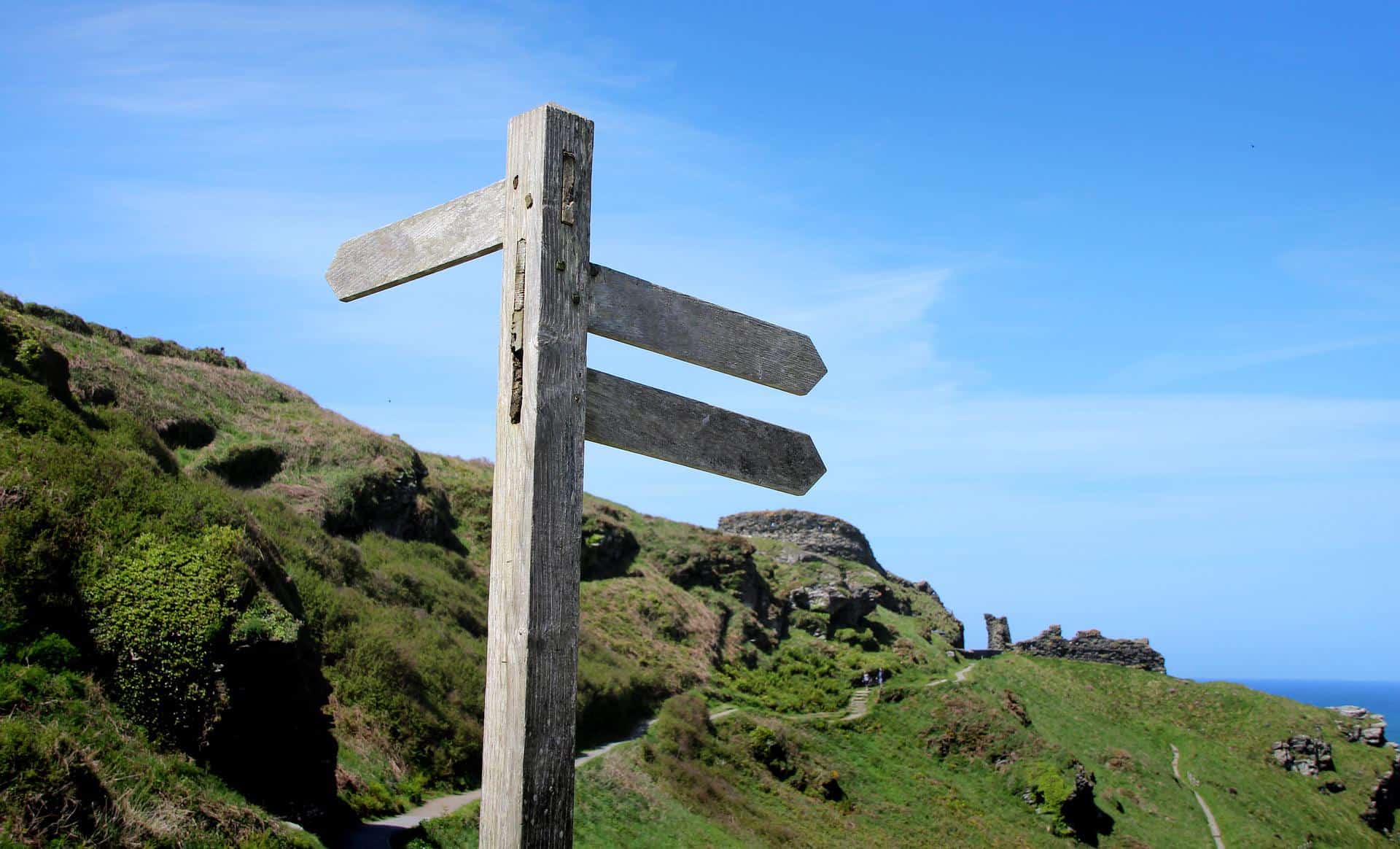 Changing Majors: Is It Ever Too Late?

Technically, it’s never too late to change majors in college. Schools rarely put time limits on the practice. As a result, the answer to the question, “Can I change my major junior year?” is “yes.” In fact, students could potentially pick a new major in their senior year.

However, doing so later in one’s academic career can mean spending more than four years in school or paying for extra semesters. If the original major is genuinely a poor fit, those hardships may be worth shouldering; it’s just important to understand that they’re there.

What to Consider Before Changing Majors

If your student is trying to figure out how to know if you should change your major, it’s usually best to consider a few points. While switching majors is common – and some students do it several times – being hasty isn’t a wise move.

Every time a student changes majors, they may extend their academic career, leading to more time in school and higher costs. By being strategic with the first change, students can limit the need for further switches. To make that easier, here are some points to consider. 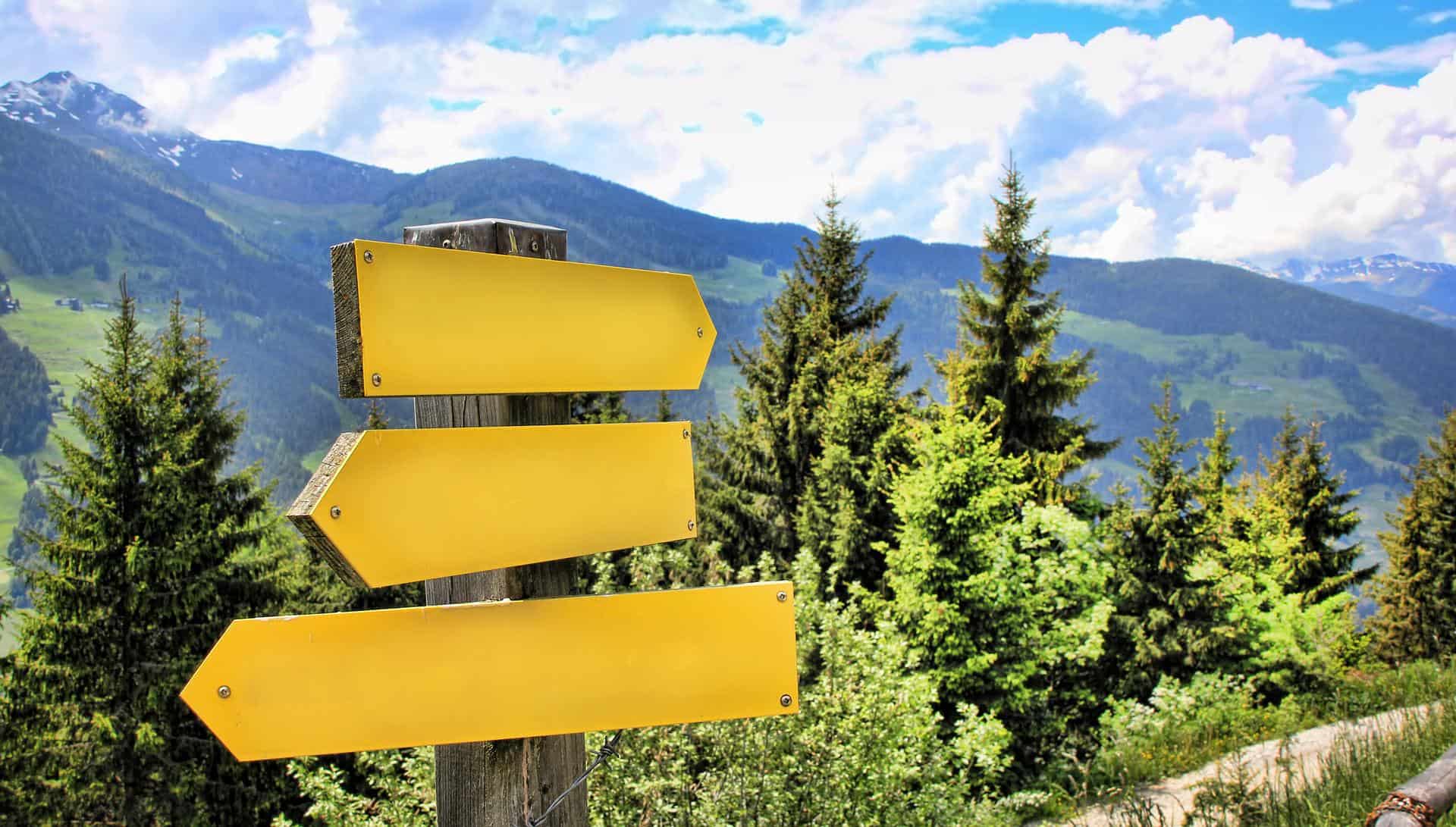 There are numerous reasons why a student may want to change majors. In some cases, it’s realizing a subject isn’t a great fit for their interests or doesn’t align with their current career goals. However, some students explore new paths because they’re overwhelmed or feel their courses are too hard.

In the latter case, it isn’t a lack of interest driving their decision. Instead, it could be worry that they can’t keep up or that they’re having trouble performing to the level they feel they should. In this situation, switching majors may not be the best answer.

Instead, if students do feel passionately about their major and future career prospects, they may want to reduce their course load to make it more manageable. If that isn’t an option, getting a tutor or joining a study group could reduce the stress their experiencing. That allows them to pursue their dream job in a healthy manner, ensuring they can get their preferred degree.

Some students want to change majors because a different subject is more interesting to them. While that’s not a bad basis for making a switch, it’s critical to look beyond interest and consider career options.

In some cases, studying a topic in school is invigorating. However, the career paths that align with the major may be less so. Since that’s the case, students should take time to review the types of jobs they can secure with that major to ensure those also ignite their passion. If not, they may want to reconsider making a change until they find a job that captures their attention, allowing them to pick a major that aligns with that. 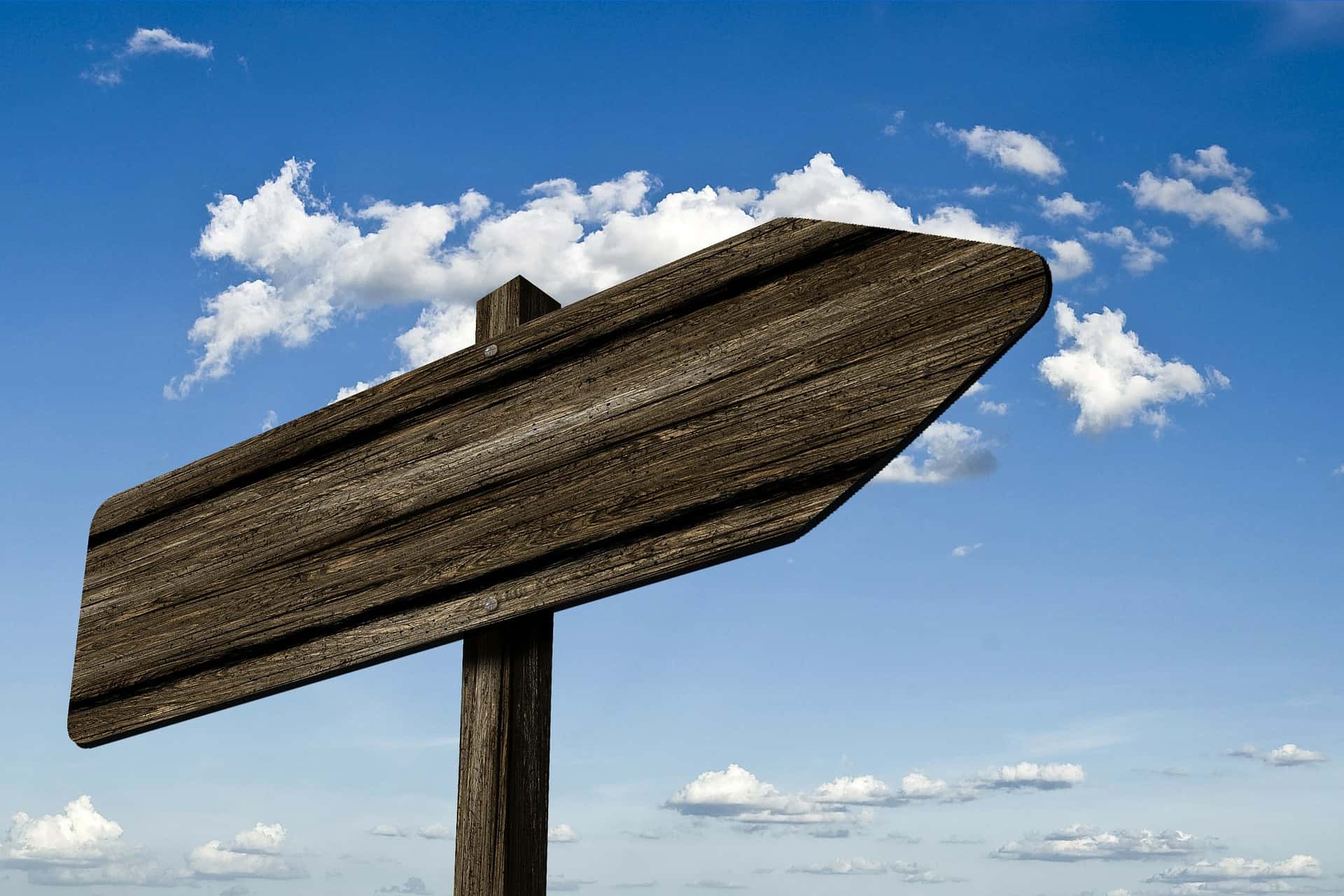 Even if a major aligns with an interest and a job they’d enjoy, students shouldn’t overlook the earning potential that comes with the job. Some majors offer more financial stability than others. While money shouldn’t be a sole determiner, students should ensure that a career can provide them with a high enough salary to achieve their preferred lifestyle. Otherwise, it may be better to explore alternatives, either when it comes to majors or in regards to jobs.

Whether the Major Matters

While it’s odd to consider that a major may not be as important as students expect, that can be the case. There are some jobs that are less concerned with the subject student’s study. Instead, they’re mainly focused on whether the student has a degree – either any degree or one in a wide range of subjects – of the appropriate academic level.

If your student has their sights set on a job that isn’t as particular about majors, then making a change might be unnecessary. In that case, they need to factor in other parts of the equation. For instance, if switching would significantly extend their time in college, it may be best to stay the course. In the end, they’ll still qualify for their target role.

However, if it won’t extend their college career, making the change could be worthwhile. It gives them a leg up in their preferred field, which is potentially valuable. 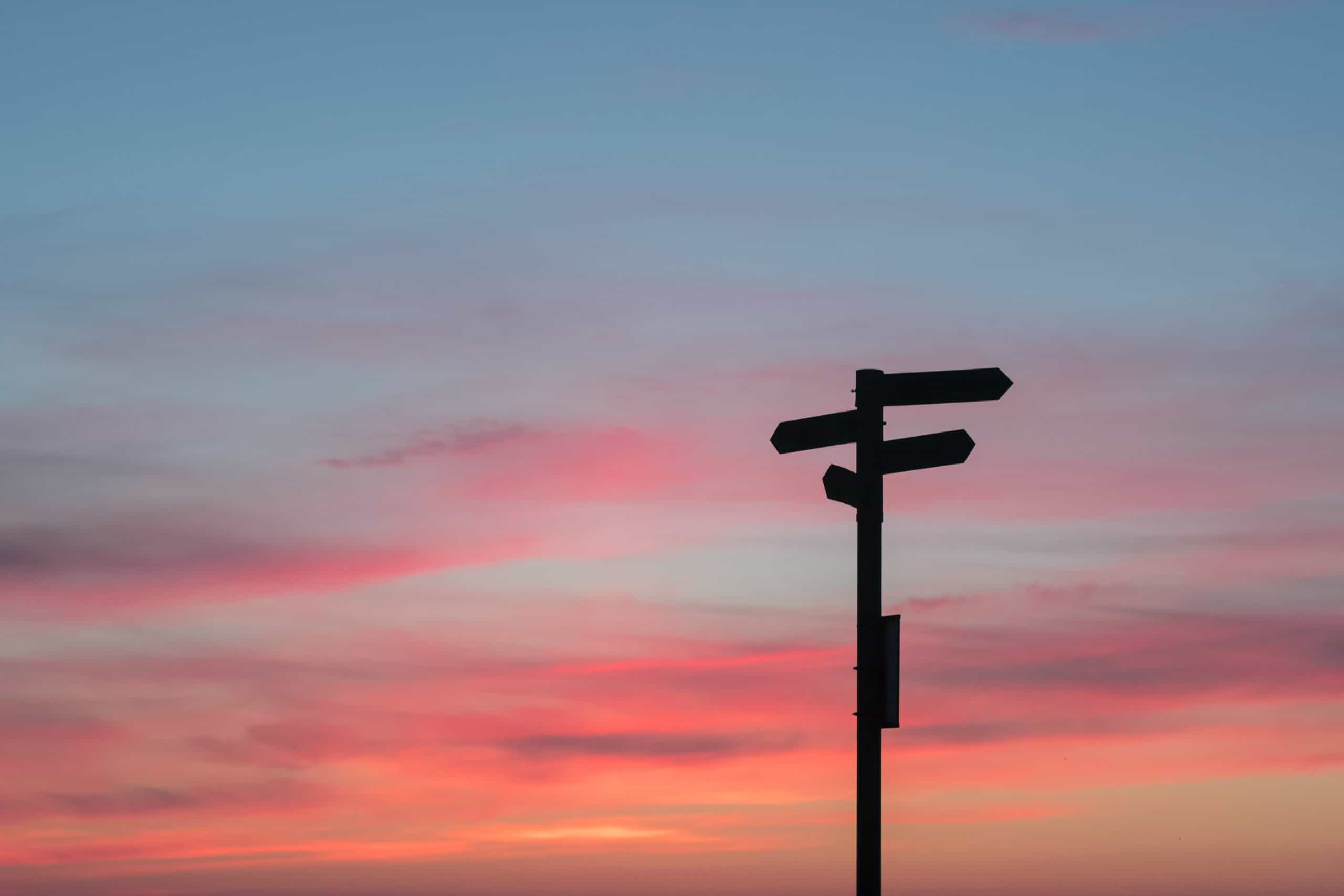 How to Change Majors in College

When it comes to how to switch majors, the process can vary a bit between schools. However, most colleges have similar requirements, allowing students to anticipate what they’ll need to do to make the switch official.

Usually, the first step is to speak with their academic advisor. The academic advisor will be able to discuss the situation and outline a new path to graduation if they make the switch. Additionally, they’ll often be able to guide students through the rest of the process, such as completing paperwork, connecting with faculty members in the appropriate department, and otherwise begin shifting in that direction.

After submitting any paperwork, students should follow up to ensure the change becomes official. Often, their academic advisor can give them insights into the approval timeline. Then, students wait until that period passes before reaching out.

As mentioned above, requesting to change majors isn’t a guarantee. Certain programs may not have enough room. Additionally, other factors – like past academic performance – may play a role. Often, the academic advisor can provide students with guidance regarding those areas, ensuring students know whether the request will likely get approved and what to do if it’s denied.