Home » How to Show Demonstrated Interest in College Admissions 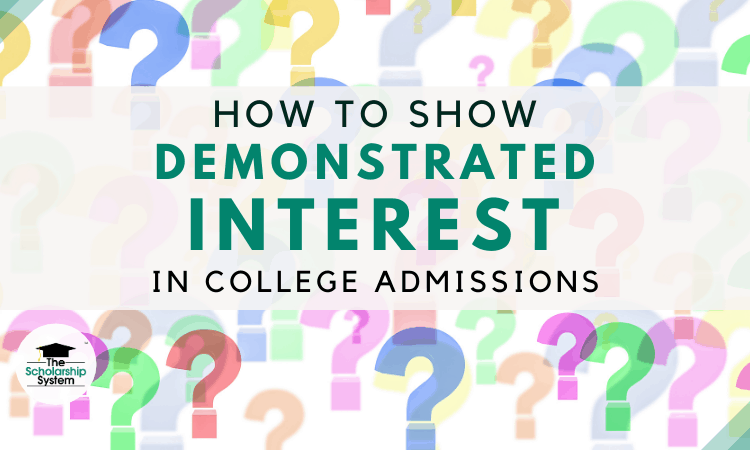 Most of the college admissions process is very straightforward. Students fill out their Common Apps or other applications, submit ACT or SAT scores, write college personal statements, tackle college essays, and shuttle off transcripts. But now, there’s a new part to the equation: demonstrated interest.

Technically, there’s another part of handling college admissions: getting ready to pay for school. Scholarships can make any college more affordable, so they should be part of your student’s financial aid plan. If you and your student want to learn more about finding college scholarships, sign up for our free college scholarship webinar! Take a trip over to http://thescholarshipsystem.com/freewebinar to reserve your spot today.

Demonstrated interest feels like a bit of an odd requirement. After all, submitting an application is a way to show a school a student is interested. However, demonstrated interest in college admissions is becoming more common. As a result, students need to be ready to handle it if the need arises.

What Is Demonstrated Interest?

Overall, demonstrated interest is what it sounds like; it’s a student expressing a clear interest in attending a specific college. Essentially, it involves a student showcasing their enthusiasm, curiosity, or drive to join the rolls of a particular school by taking steps beyond simply applying.

When it comes to how to show demonstrated interest in a college, there are several options, which we’ll dig into in a moment. While they all require more than applying, many are surprisingly simple, and some can even be done online. 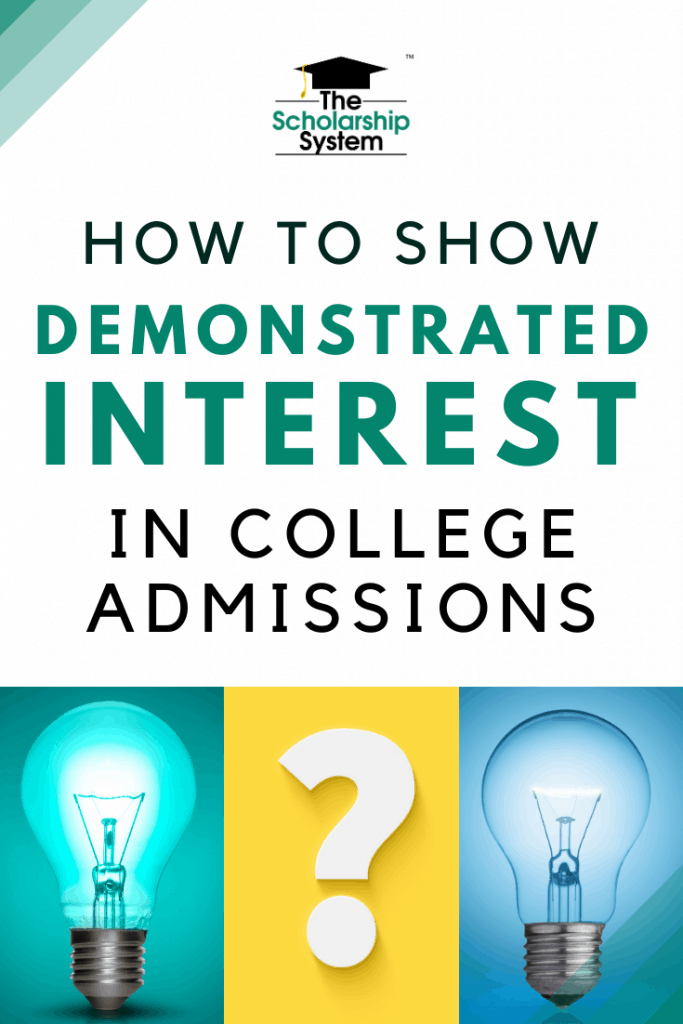 Why Are Schools Requiring Demonstrated Interest?

In many ways, the rise of demonstrated interest is tied to technology. New application systems – particularly the Common Application – make it easier for students to apply to schools en masse. As a result, some students are applying to colleges that they are only kind of considering or are sending off applications to top-tier schools because, why not? 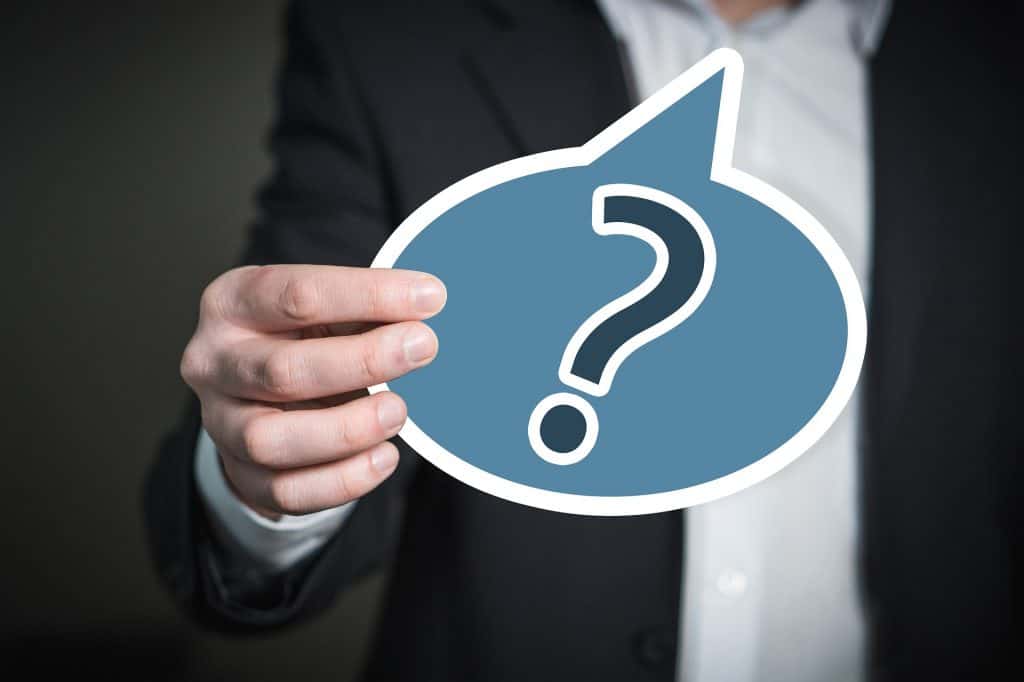 Since colleges are seeing more applications thanks to these system updates, many schools are looking for ways to figure out which students are genuinely passionate about attending their institution and which applied for other reasons. As a result, demonstrated interest became part of their admissions process.

Additionally, it isn’t uncommon for students to send in applications to some colleges because someone else wanted them to do it. For example, a student submitting their Common App to their parent’s alma mater because their parent wanted them to isn’t a rare occurrence. This is yet another driving force behind demonstrated interest.

It’s important to note that demonstrated interest isn’t always listed as a requirement for admissions. Additionally, not all colleges take it into account.

However, some schools do favor students who express a demonstrated interest. As a result, if your student has their eye on one of those colleges, it’s best to put in the extra effort. 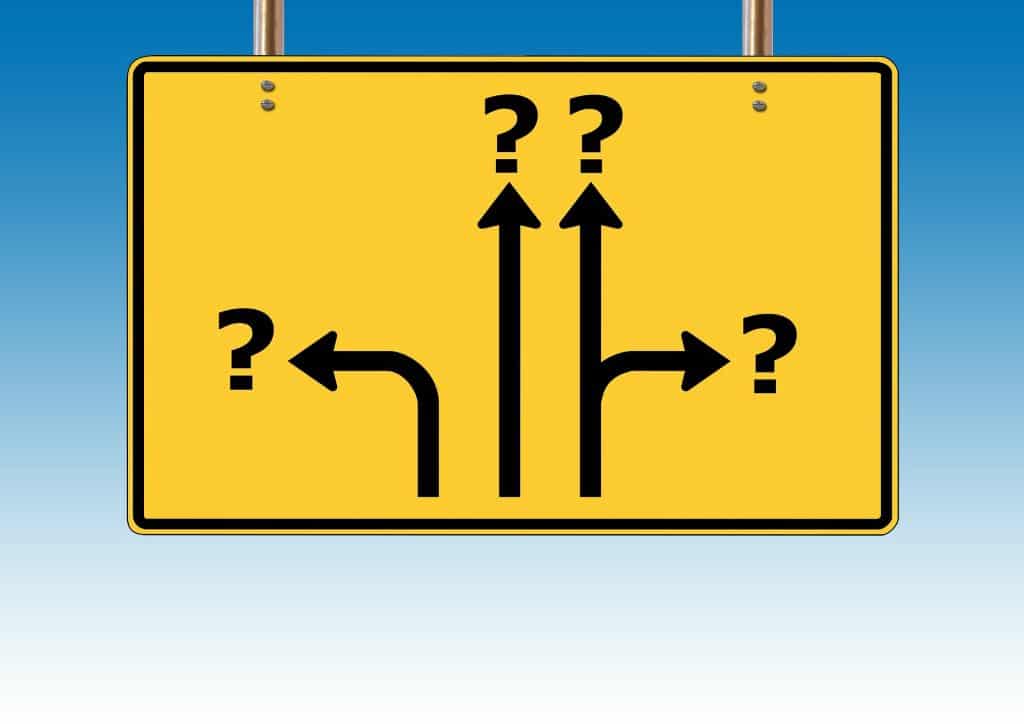 Here is a list of some of the schools that take demonstrated interest into account when deciding which students to admit:

It’s important to note that this list is not all-inclusive. Other schools may take demonstrated interest into account, though they may simply be less open about it or less known for doing so.

In many cases, as the list above shows, smaller private colleges and universities are more likely to factor in demonstrated interest when choosing who to admit. Often, this is because they can only bring in so many students, so they want to focus on those who have the right credentials and are also genuinely enthusiastic about attending.

Larger public colleges and universities are less inclined to do so, partially because they can welcome such a large student body. However, that doesn’t mean they never do, as some of the entries in the list above show.

Finally, colleges like Harvard and Yale typically don’t factor in demonstrated interest. Those schools are prestigious, so they rarely doubt how genuine a student’s interest is, making it unnecessary to explore it deeper.

Ultimately, if your student has their eye on any school, displaying a demonstrated interest is a good idea. That way, if the college considers it, they have that base covered.

How to Show Demonstrated Interest

Generally, showing demonstrated interest isn’t as hard as it may seem on the surface. There isn’t a specific process a student has to follow. Instead, they can choose an approach that meets their needs. 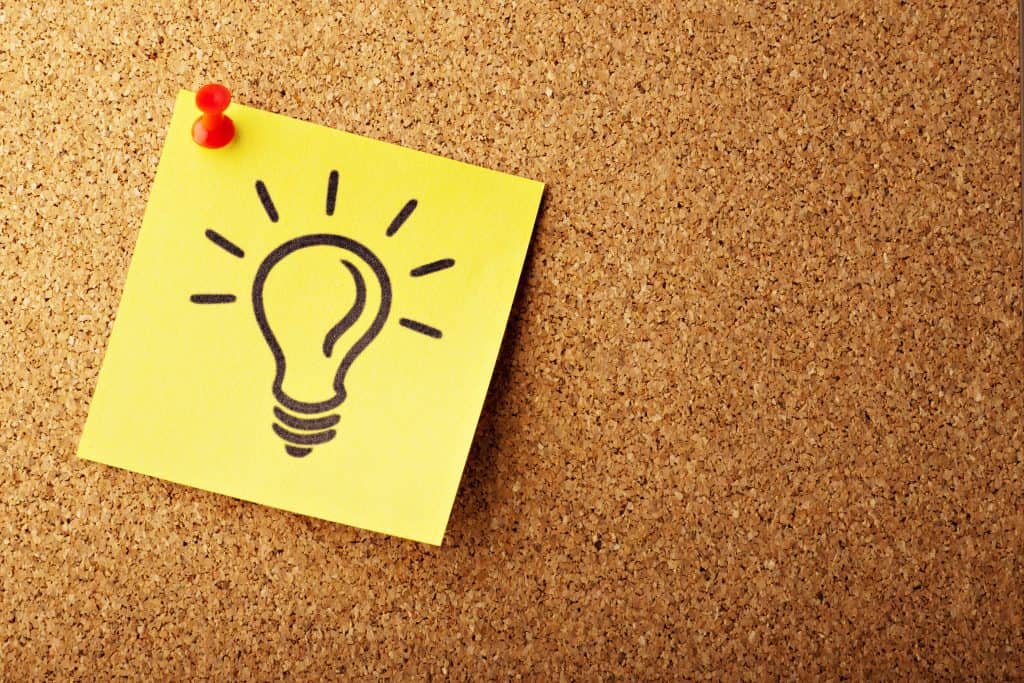 Practically any step a student can take beyond submitting an application can often do the trick. For example, if your student is applying to colleges that want to see demonstrated interest, they can:

As you can see, demonstrated interest usually involves just doing one extra thing beyond submitting an application. It’s that additional effort that stands out, showing that the student is applying because they are excited about potentially heading to that school. That way, the college has little doubt about whether the student would be thrilled to attend, making them more likely to admit them if they otherwise qualify.

Technically, there’s another part of handling college admissions: getting ready to pay for school. Scholarships can make any college more affordable, so they should be part of your student’s financial aid plan. If you and your student want to learn more about finding college scholarships, sign up for our free college scholarship webinar! Take a trip over to http://thescholarshipsystem.com/freewebinar to reserve your spot today.

« Skills Over Degrees – What Do Employers Want?
What Is Senioritis and How to Handle It »