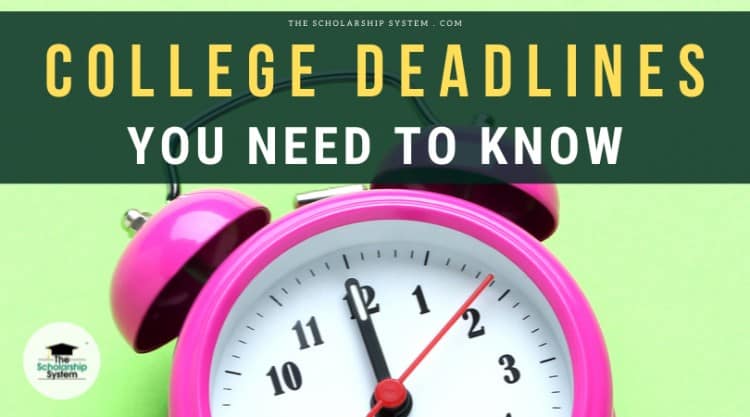 As your student starts exploring schools, understanding all of the college deadlines is essential. The entire application process can be quite lengthy, often spanning over several months. Tracking college application due dates ensures that your student doesn’t miss a critical cutoff that could prevent them from getting into their top-choice school.

While every college can set its own schedule, many use similar deadlines for college applications and admissions decisions. Here’s an overview of the college deadlines every student needs to know.

There are several different types of college admissions, each with its own college application dates. The options your student pursues dictates when they need to apply. Additionally, some admissions paths come with restrictions that need to be adhered to, including some that impact whether your student can apply elsewhere.

Here’s a look at college application deadlines for four types of college admissions. 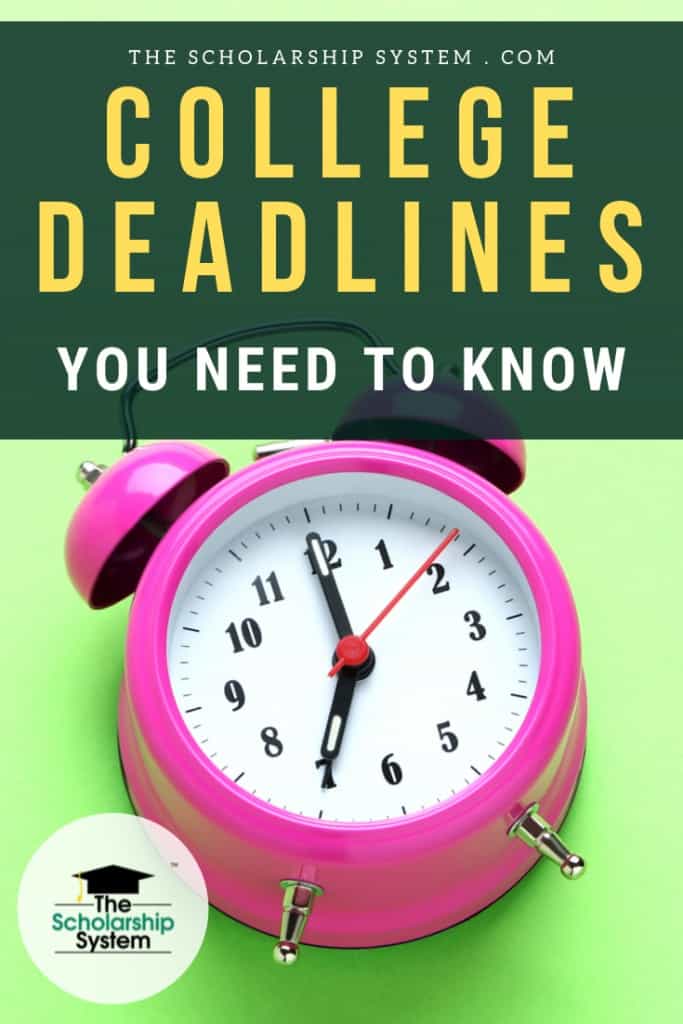 Regular decision is the most common type of college admission. Colleges usually set the application deadline between November and January. January 1 and January 15 are two of the most popular dates. However, some schools use other cutoffs.

For example, the University of California system uses November 30 for its college admissions due date. That’s significantly earlier than the majority of schools, so many students accidentally miss the opportunity to apply simply because they weren’t aware of the deadline in time.

On the other side, some schools have college application due dates after January. While they may have priority deadlines before the final cutoff, they can be good options for those who need more time. Here are a few of the colleges with regular admission deadlines after January 31:

The regular college admissions due date is possibly the most critical one for students to know. Often, this deadline reflects the last day a student can submit their materials to be considered for a particular academic year or semester. If your student misses this cutoff, getting into that specific school may be virtually impossible without delaying their college experience until the spring semester or later. 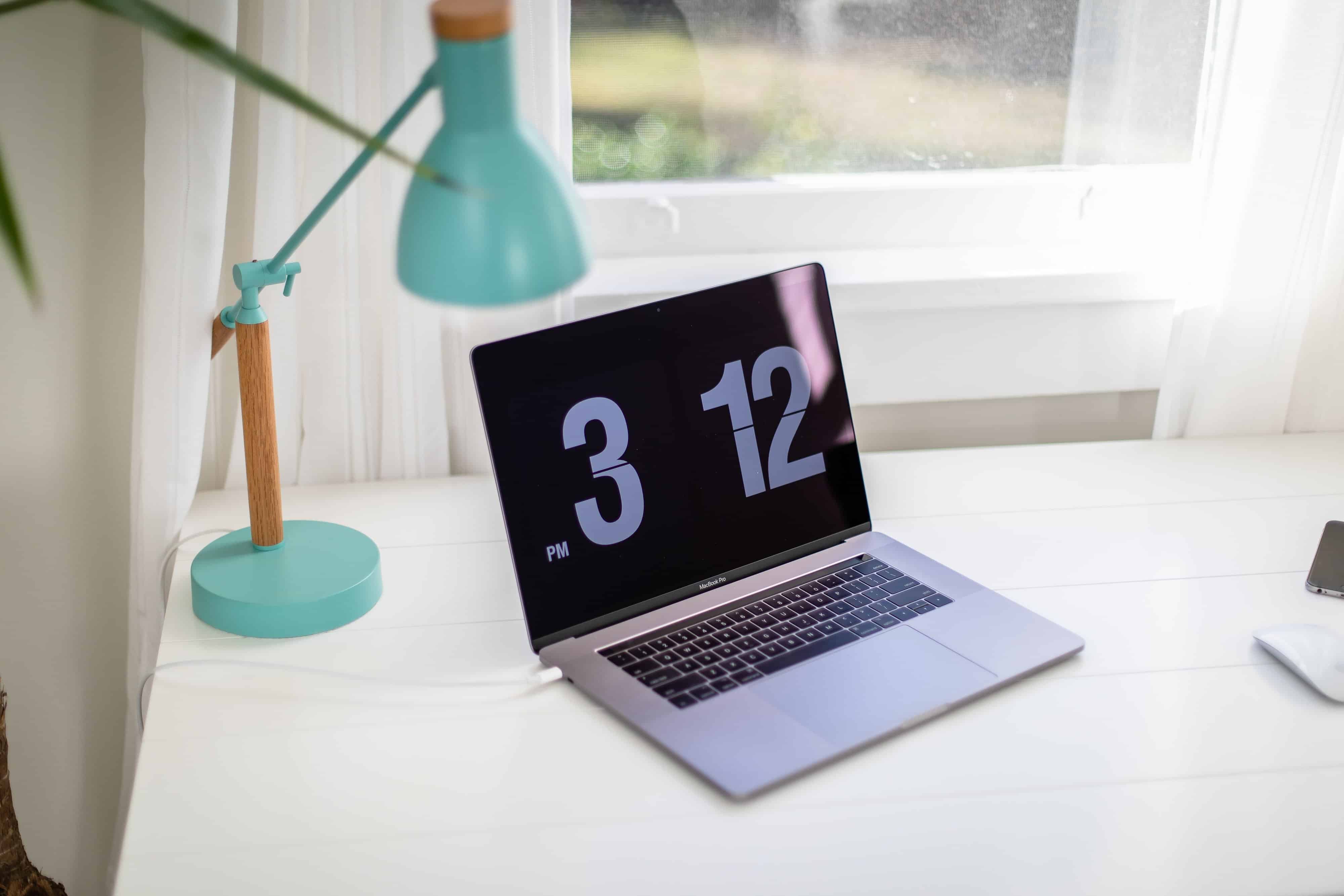 With early action, your student can have their application considered before students who apply for regular decision. This can be ideal if your student has their sights set on schools that are in high demand, as it may be less competitive.

However, the college application deadline for early action usually falls between November 1 and November 15 (though it is sometimes earlier in the year). Your student will need to make sure their application is submitted before the cutoff, or they will have to apply for regular decision instead.

Additionally, your student may have to contend with some restrictions. Certain schools – like Georgetown, Harvard, Princeton, Stanford, and Yale – limit students’ ability to apply to other colleges during the early action phase. As a result, those who apply to those institutions during this period can’t always apply elsewhere for early action, limiting the student from exploring multiple options until the school makes an admissions decision.

The early college application dates typically come with earlier decisions. In many cases, your student will know if they were accepted during the early action round by some point in December. If they don’t make it in as an early action applicant, your student will then fall into one of two categories. First, they could be denied, meaning the school will not accept them for the upcoming academic year. Second, they could be deferred, meaning their application will be reevaluated with all of the regular admission applicants to determine if they will gain entry.

Since your student usually learns their status in December, if their backup schools have January college deadlines, they can potentially wait for a response before pursuing other options. However, they might not want to delay, as that could leave them feeling rushed when completing other applications. 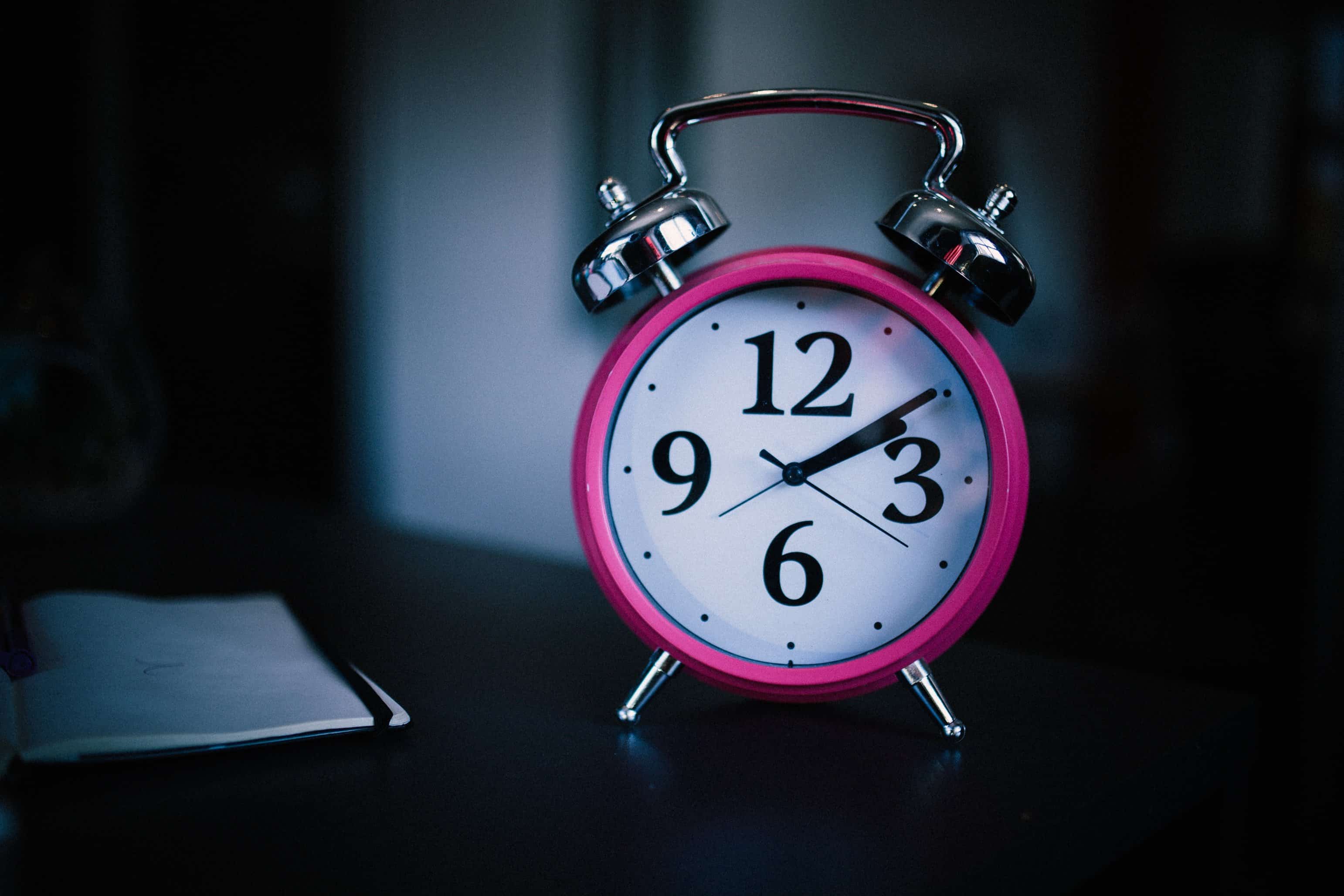 Early decision is typically the most restrictive form of admissions. Usually, students are barred from applying at other schools once they submit an application for early decision at one institution until a decision is made about whether they will be admitted.

Additionally, the student is committed to attending that school if they are accepted. An early decision application admission is binding, so your student can’t look at other options if the school takes them as a student during this period.

Often, the commitment can seem daunting. Your student has to sign a contract stating that they will attend if accepted, even though they haven’t seen a financial aid package yet. Generally, it’s wise to explore how financial aid works at a particular school before applying for early decision. That way, your student can make sure they are prepared for the monetary part of the equation before they move forward.

In most cases, early decision college application due dates fall between November 1 and November 15. However, some end before November 1, so it’s important for your student to check with their preferred school to see what the precise deadline is if they intend to pursue this option.

As with early action, early decision applicants typically know if they are accepted at some point in December. This allows students to apply to other schools that have regular admissions deadlines in January or later if they don’t secure a spot during early decision.

Rolling admissions is a bit different from the other three options above. Students have to apply within a set application window, though their materials are reviewed on a first-come, first-serve basis. Plus, acceptance letters are sent out during the application period. As a result, it’s better to apply sooner rather than later since the closer it is to the deadline, the fewer spots that will be available.

It’s important to note there are other kinds of admission that come with different college deadlines. However, the remaining types – including open admission, early evaluation, and deferred admission – aren’t as widely used. 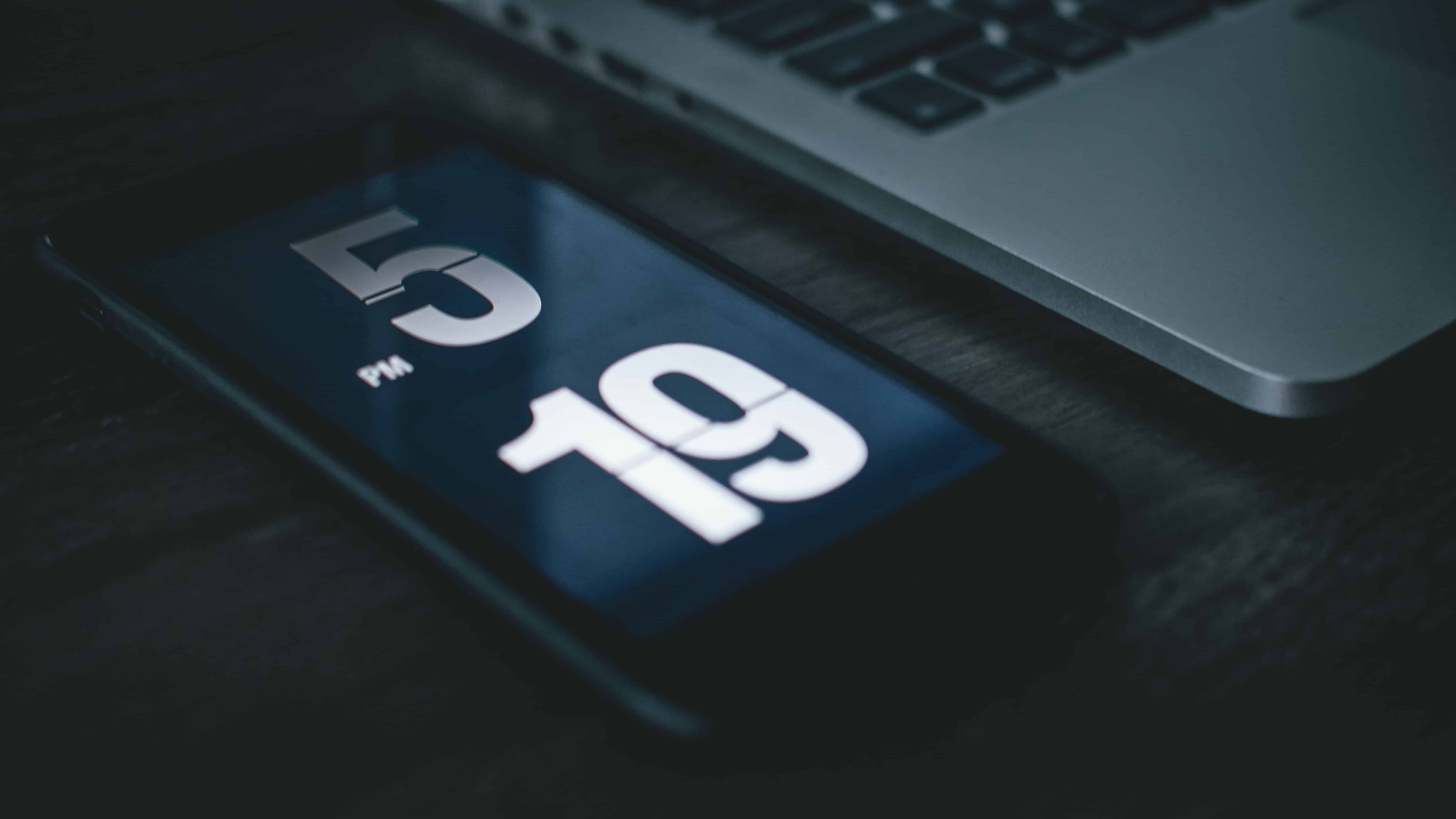 In some cases, your student might discover that all of their preferred schools have the same deadline, making it easy to track their college admission due dates. However, if your student encounters a mix, having a method for tracking them is essential.

If your student is already using a college comparison spreadsheet, they could simply include columns that list the relevant college deadlines. This centralizes their information and can serve as a great quick reference. Otherwise, listing the due dates in their calendar and setting notifications to go off a few weeks in advance could also help keep them on track.

By tracking college application due dates, your student can make sure that they have all of the needed materials in time as well. They can request letters of recommendation in a timely manner, schedule their ACT or SAT early enough to ensure they can have their scores back before the deadlines, and write their essays in advance without feeling rushed.

Ultimately, by tracking the college deadlines, your student can ensure that they don’t miss out on their preferred school simply because they didn’t know the application due date. It usually only takes a few minutes to gather the information, and it’s time well spent if it means your student can increase their odds of getting into their first-choice school

If you and your student want to learn more about finding scholarships for languages, sign up for our free college scholarship webinar! Head over to https://thescholarshipsystem.com/freewebinar to reserve your spot today.