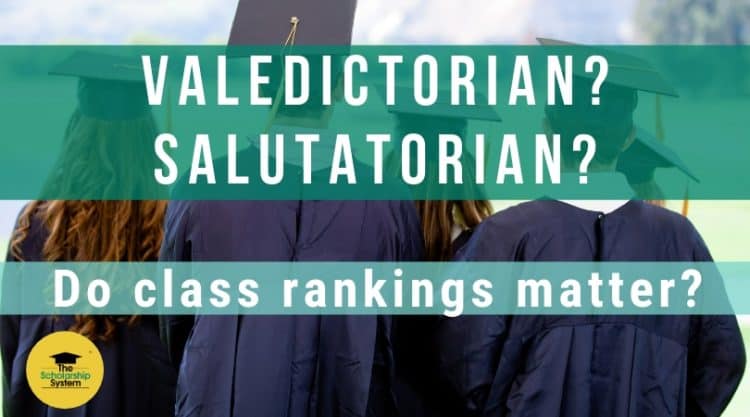 In the name of “fairness,” some schools are ditching the traditional class rankings system, eliminating the titles of valedictorian and salutatorian from their lexicon. Starting next year, Noblesville High School in Noblesville, Indiana will join the ranks of schools forgoing these titles. The hope is it will help students focus on bettering themselves and not just beating their classmates.

So, with more high schools either making or looking into changes regarding class rankings, the real question is this: does it matter if you’re valedictorian?

There are potent arguments on both sides of the equation, making it hard to determine which approach is actually best for students. To help shine a light on this growing debate, here is what you need to know.

Now, this isn’t saying that those who graduate at the top of their classes aren’t successful. In fact, a researcher at Boston College who followed the progress of those with the highest class rankings, 81 valedictorians and salutatorians, found that most are successful.

Of that group, 95 percent graduated from college and had an average GPA of 3.6, and a total of 60 percent ultimately obtained a master’s degree. Almost 90 percent of the students held professional careers, and 40 percent reached the upper echelon in their field. Overall, these people were considered generally successful and led good lives. 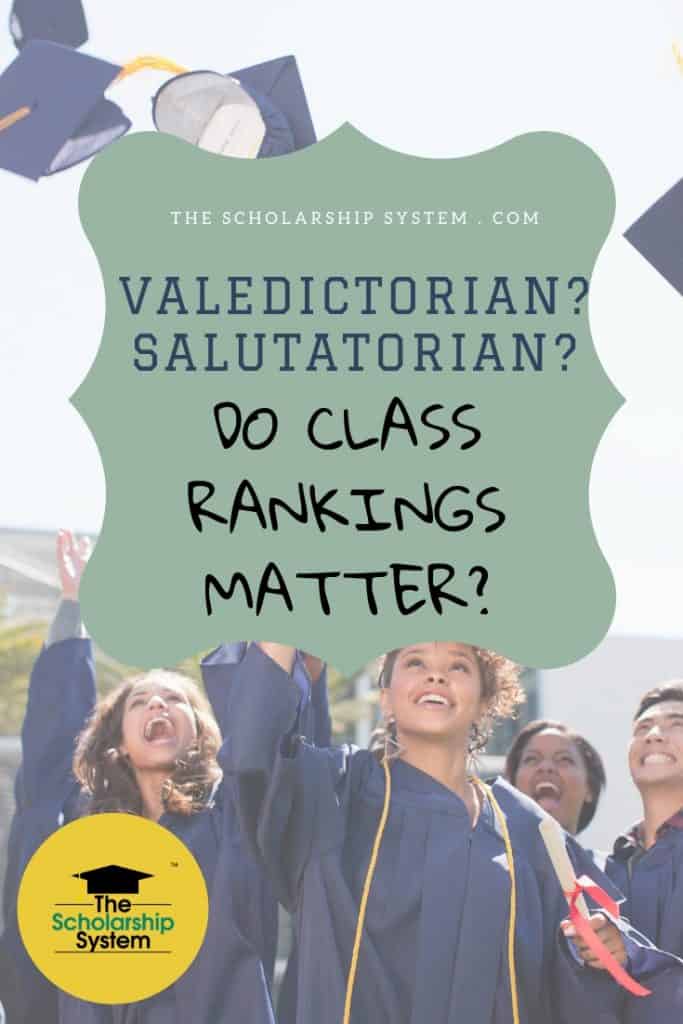 However, none of them reached what the researcher referred to as the “very top of adult achievement arenas.”

So, if those with the highest class rankings represent the best and brightest, why aren’t they making a bigger impact on the world?

The researcher, Karen Arnold, believed this is because of two reasons. First, doing well in school and reaching the top of the class rankings system is based on following instructions or “doing what you are told.” While this demonstrates self-discipline, it isn’t necessarily a marker of intelligence. Second, being named valedictorian or salutatorian doesn’t account for a student’s level of passion or expertise.

As Arnold put it, “Essentially, we are rewarding conformity and the willingness to go along with the system,” and that isn’t necessarily a recipe for greatness. 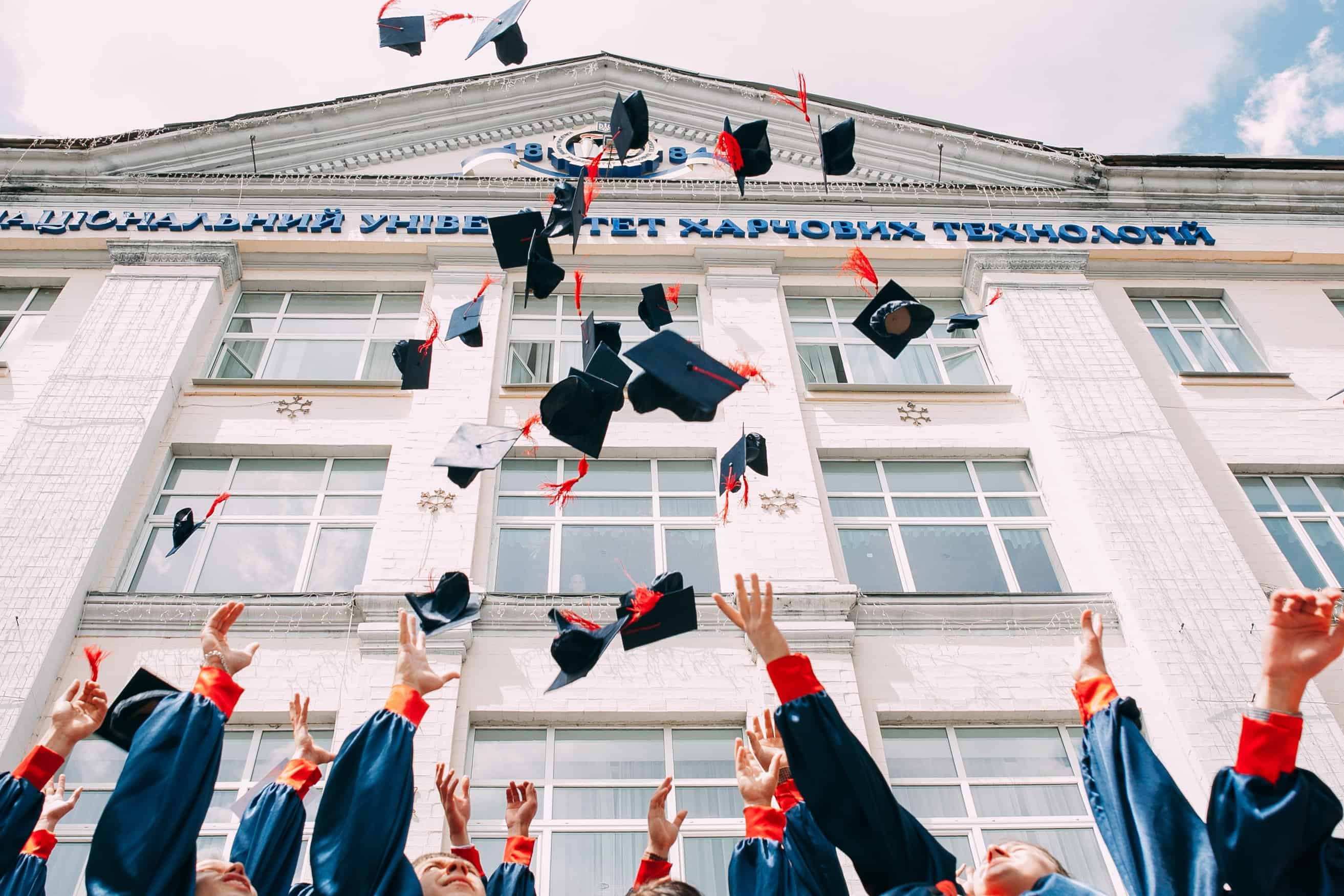 Most Millionaires Weren’t Their Class Valedictorian or Salutatorian

To reach millionaire status, most people have to do something innovative or groundbreaking. This means shaking things up, and isn’t necessarily an approach a rule-following careerist, as most valedictorians, salutatorians, and others with a top-class rankings are likely to become, is going to take.

In a study involving 700 millionaires, it showed an average GPA of just 2.9. However, these men and women represented out-of-the-box thinkers who weren’t afraid to look at the status quo and choose another path.

Eric Barker, the author of the book “Barking Up the Wrong Tree,” spoke regarding the research, explaining the disconnect this way:

“In school, rules are very clear. In life, rules are not so clear. So a certain amount of not playing by the rules is advantageous once you get out of a closed system like education.”

Barker, during an interview with Business Insider, also said, “Valedictorians often go on to be the people who support the system – they become a part of the system – but they don’t change the system or overthrow the system.”

The Imbalance of Class Rankings

Being awarded a title like valedictorian doesn’t necessarily mean the same thing from one school to the next. As covered by The College Board (purveyors of the SAT and AP exams), class sizes greatly affect how meaningful titles and class rankings are.

For example, being valedictorian of a class of 500 is different than if the graduating class only has 40 students. Additionally, it carries a different weight when graduating from a smaller elite private school than a larger public school.

Similarly, being within the top 10 percent of the class rankings is harder to achieve when there is a smaller student body. This means even students with highly competitive GPAs can be squeezed out of this key demographic, making it harder to get into certain universities even if they clearly outperformed members of the top 10 percent from a larger graduating class.

Some schools have even skewed things further. For example, the 2013 graduating class from South Medford High in Oregon had 21 valedictorians while Enterprise High in Alabama had 34 (and they only had a graduating class of 84 students)! This means all of those students could claim to hold the number 1 spot when they applied to college.

These inconsistencies have led some schools to stop ranking their students, and certain colleges decided to rely on SAT or ACT scores and GPAs instead of giving class rankings much consideration. 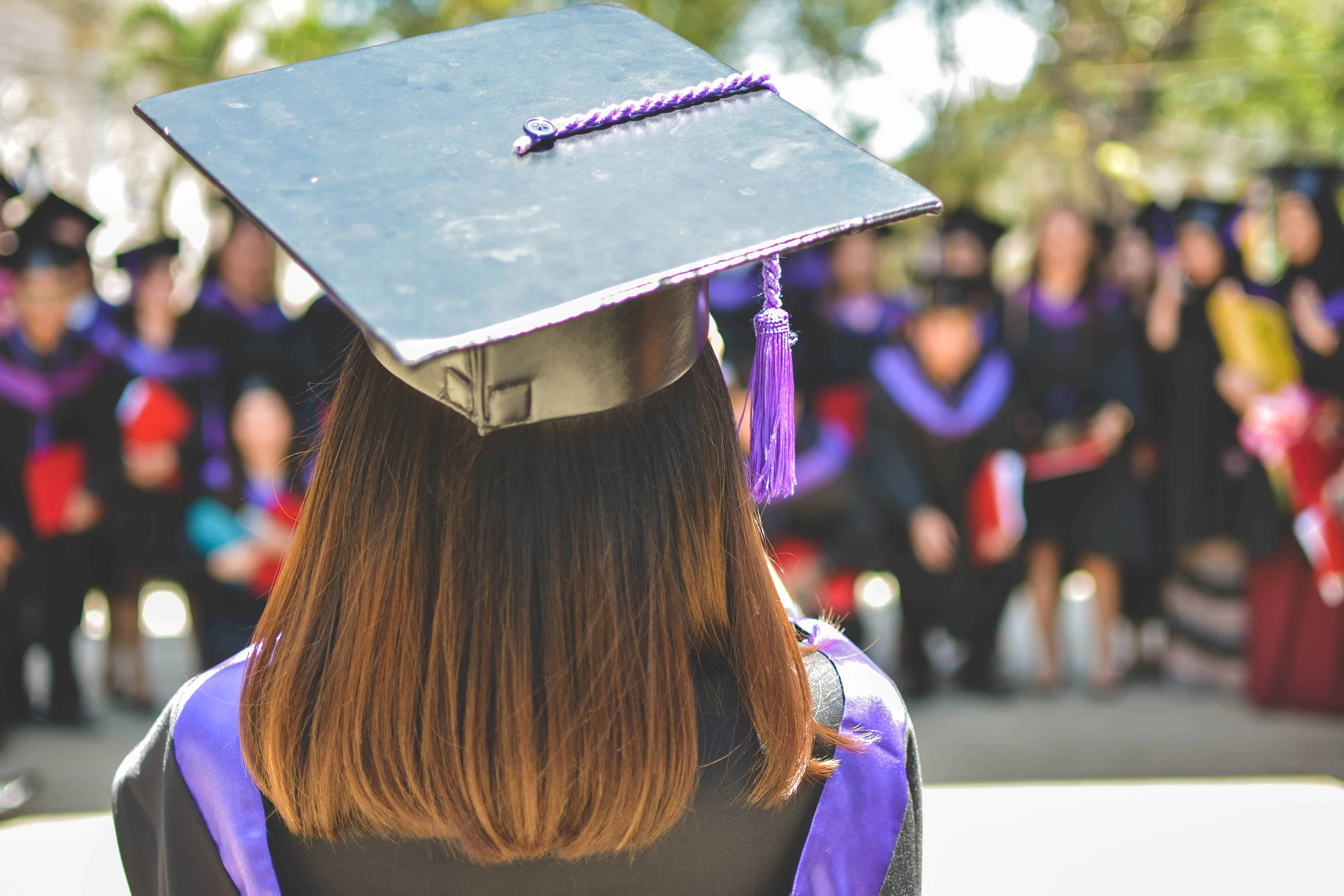 It is important to note that class ranks are still being used by some colleges and universities, as well as individual scholarships, but being at the top of the class rankings might not help as much as you think.

For most college admissions where it is still a consideration, class rankings are only part of the equation. This means that students that graduate 4th or 6th likely have a similar shot of gaining admission when compared to valedictorians or salutatorians if their GPAs are at a comparable level and have similar extracurricular activities, SAT or ACT scores, and a suitably difficult high school curriculum under their belts.

This approach means that students who aren’t selected as the valedictorian or salutatorian have an excellent chance of getting accepted if their performance meets the mark. In fact, they may even beat out certain valedictorians or salutatorians from schools with lower average performance. Remember, not all students with top-class rankings hold high GPAs; they are just the higher achieving students in their graduating class.

Does Being at the Top Help with Scholarship Applications?

Unlike most college admissions standards, a scholarship may have a cutoff, requiring specific class rankings or that your student falls within a certain percentage in their graduating class. More often than not, these are merit-based scholarships given through the state that you live in or the university. The nice thing about these scholarships is that students can often automatically qualify for them, receiving the money as long as they meet the requirements (such as class rank, ACT/SAT score, and more.)

TIP: If your child has an idea of where they want to go to school, I highly recommend researching their merit-based scholarship criteria. Based on what you find, you can then set goals for the school year regarding GPA, class rank, standardized test scores, and more. Still, as we mentioned, you will most likely find that the requirements are top 5% or 10% (not necessarily Valedictorian or Salutatorian.)

Still, some students can automatically receive scholarships from specific colleges and universities for being Valedictorian or Salutatorian. In this case, being first or second can help. After that, however, the next level is typically for the top percentage (meaning 4th place is the same as 6th place, etc. as long as they meet the percentage requirement.)

Ultimately, I highly recommend looking at the schools your child is considering before pushing them to stress over rankings. 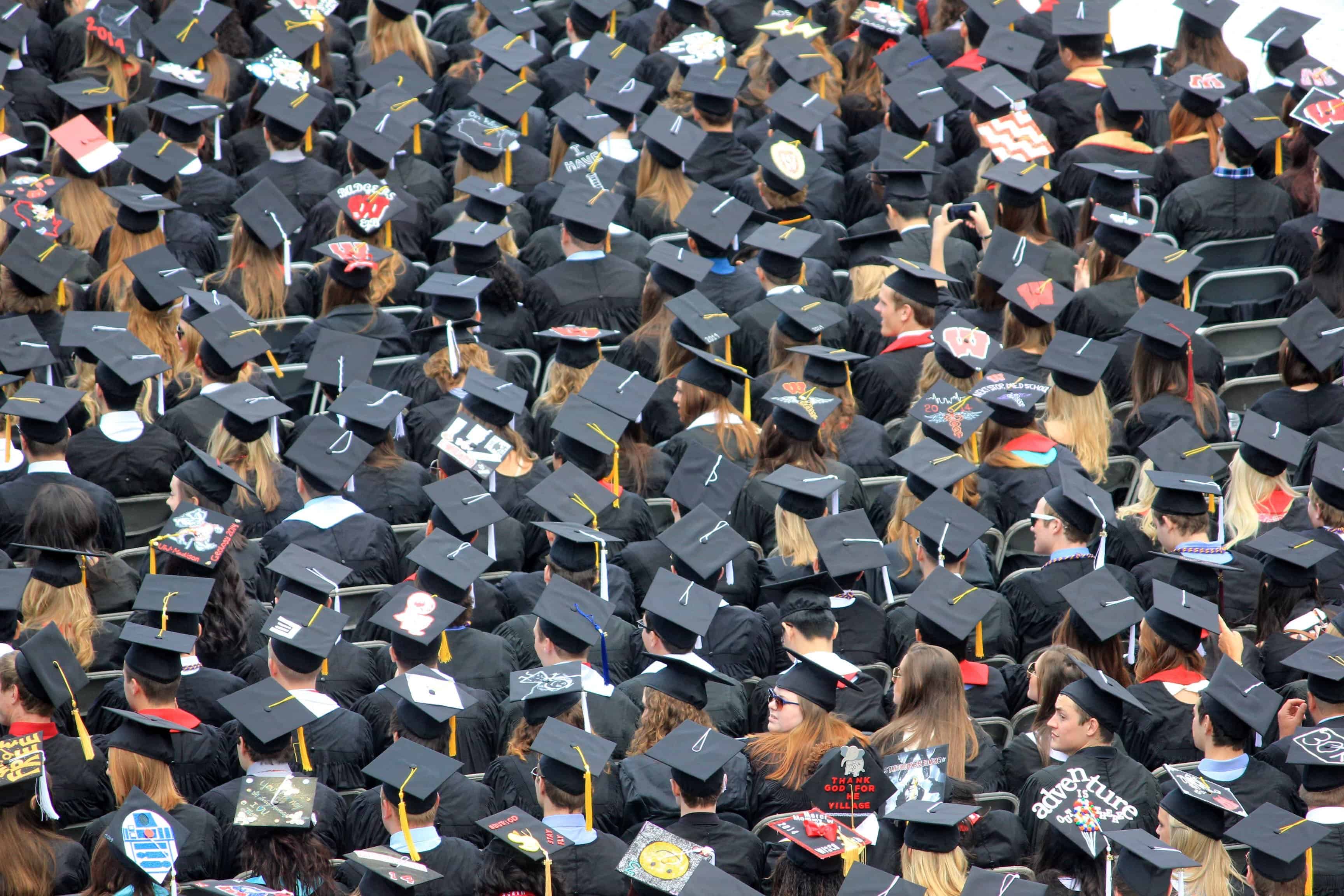 What if my child doesn’t reach these targets?

While not reaching the mark does mean your child won’t qualify for that specific merit-based scholarship, it’s important to remember there are so many out there that don’t take class rankings into consideration. So, if your student misses the top 10 percent cutoff or some other academic criteria, don’t fret! There are plenty of opportunities to which they can apply.

If you want to learn more about how your child can find great scholarships regardless of class rankings, attend our free college scholarship webinar for parents where I cover exactly where to find legitimate, less-competitive scholarships.

The Stress of Trying to be Valedictorian

Likely, your high schooler already feels as though there is a mountain of pressure on their shoulders, especially if they are college-minded. Academics, extracurricular activities, volunteer positions, paid employment, and even household obligations all add up. Then, if you add pressure to outperform their classmates in order to reach that valedictorian title or other top-class rankings, it can easily become too much to bear.

A recent study of students at a high-performing school showed that nearly half of all students experienced “a great deal of stress on a daily basis,” reporting grades, homework, and college preparations as major causes. Of those

While encouraging your child to do their best is always a wise parenting move, adding the pressure of trying to be valedictorian or salutatorian may be unnecessary. Many colleges don’t factor in class rankings when admitting students (or they at least value other factors more) and there are plenty of scholarships for talented students even if they don’t qualify for some based on their class rankings.

Ultimately, encouraging them to find something they are passionate about could provide more long-term value than getting the highest class rankings title of valedictorian as it gives them a reason to keep learning and growing as they enter adulthood.

What do you think? This article was written to show a different side to the rankings argument. Do you agree? Disagree? Share your thoughts.